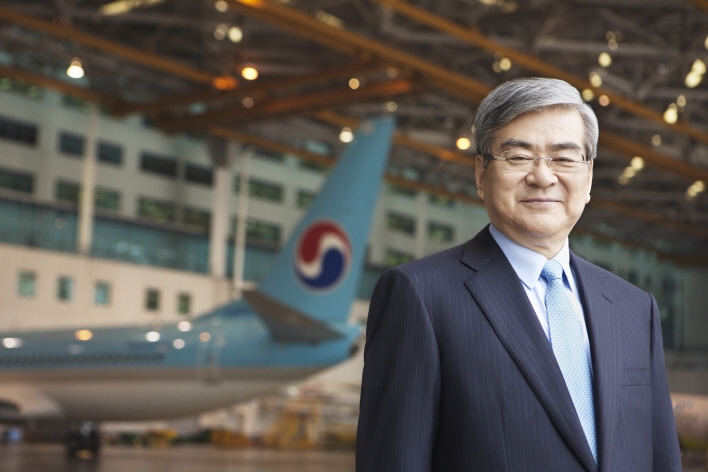 SEOUL, Apr. 8 (Korea Bizwire) – Korean Air Lines Co. Chairman Cho Yang-ho has died of a chronic illness, less than two weeks after he was removed from the national flag carrier’s board, the company said Monday.

Cho, 70, died from a lung disease in the United States on Sunday. Korean Air said it would set an emergency management system in motion to keep its operations going smoothly.

The death followed his ouster from the company’s board at a shareholder meeting on March 27 amid a string of probes into him and his family members for using their superior positions to mistreat subordinates and growing calls to change the group’s leadership.

The ouster was the first time a founding family member of any South Korean conglomerate was forced out of a key post through a vote by shareholders.

“The chairman was recovering from an operation he underwent late last year. But his condition worsened rapidly following the shareholder vote,” a company spokesman said over the phone.

Cho was the eldest son of Cho Choong-hoon, the founder of Hanjin Group. He also served as chairman of Hanjin Group, the country’s 14th-biggest conglomerate by assets. The group has Korean Air, budget carrier Jin Air Co. and several other companies under its wing, with holding company Hanjin KAL atop the ownership structure.

He was to be put on trial after he was indicted last October on multiple charges that included evading taxes and pocketing around 27 billion won (US$24 million) in embezzlement and breach of trust. On Monday, the court announced it will dismiss all legal proceedings related to the late chairman, and prosecutors said they will stop all investigations against him. His trial was set to begin in the coming weeks.

He was not alone in terms of misbehavior. Cho’s wife and two daughters were under intense public criticism for their mistreatment of and tantrums against former and current employees at Hanjin Group.

In May last year, Cho’s wife, Lee Myung-hee, was summoned by the police after she allegedly physically and verbally abused employees at Hanjin.

Cho’s eldest daughter, Hyun-ah, made international headlines in the infamous “nut rage” incident in 2014, when she ordered the Korean Air plane she was aboard to return to its gate at a New York airport after losing her temper over the way she was served macadamia nuts.

She was sentenced to one year in prison for violating aviation law in late 2014 but was released in early 2015 when a high court suspended the sentence.

Hyun-ah’s younger sister, Hyun-min, took flak for allegedly throwing a cup of water during a business meeting with a partner firm. They both resigned from their senior positions at the airline due to the scandals.

The Cho family’s misbehavior is representative of the corruption and exploitive behavior of the country’s “chaebol,” or family-run conglomerates.

The Moon Jae-in government has vowed to curb the so-called gapjil — the abuse of underlings and subcontractors by executives who behave like feudal lords, particularly at family-owned companies.

Cho is survived by two daughters and a son, Won-tae, who now serves as president of the national flag carrier.

Cho’s death may change the ownership structure of Hanjin Group and its affiliates, with his only son coming to the forefront in the group’s management.

Analysts said that as the late chairman had a controlling 17.84 percent stake in the holding firm Hanjin KAL, his death will result in changes in Hanjin Group’s governance structure.

“As Korea Corporate Governance Improvement (KCGI) and the National Pension Service (NPS) collectively own a sizable stake in the holding company, Cho’s death may trigger changes to the founding family’s status as the largest shareholder,” Son Chi-ho, an analyst at eBEST Investment & Securities Co., said.

The Cho family and related people collectively hold a 28.93 percent stake in Hanjin KAL, with the KCGI and the NPS controlling 10.71 percent and 7.34 percent, respectively.

The late chairman studied business administration at Inha University, which was established by Korean Air. He began his career at Korean Air in 1974 and made a preemptive investment to strengthen the fleet with next-generation airplanes.

The chairman signed a deal to buy 27 Boeing 737 airplanes in 1998 when the country was hit hard by the Asian financial crisis and 10 A380 superjumbos in 2003 when the airline industry was suffering a slowdown in the wake of the 9/11 terrorist attacks in the U.S. It helped Korean Air expand long-haul routes and achieve growth in the following decade, the company said in a statement.

In efforts to enhance the full-service carrier’s brand image, he served as chairman of the 2018 Winter Olympics bidding committee for PyeongChang and headed the Olympic organizing committee for two years before stepping down in 2016.

In response to his unexpected death, the country’s business lobbies represented by the Federation of Korean Industries (FKI) expressed “deep regret” over his death.

“In the past 45 years, Chairman Cho helped the country’s ‘barren’ airline and logistics industries make a leapfrog to a world-class level. It helped Corporate Korea post a dramatic growth and become the world’s sixth-biggest economy in terms of trading volume,” the FKI said in a statement.

Describing Cho’s death as a big loss for business circles, the Korea Employers Federation, another business lobby, asked Korean Air to maintain its leading status in Korea and grow into a global airline leader.