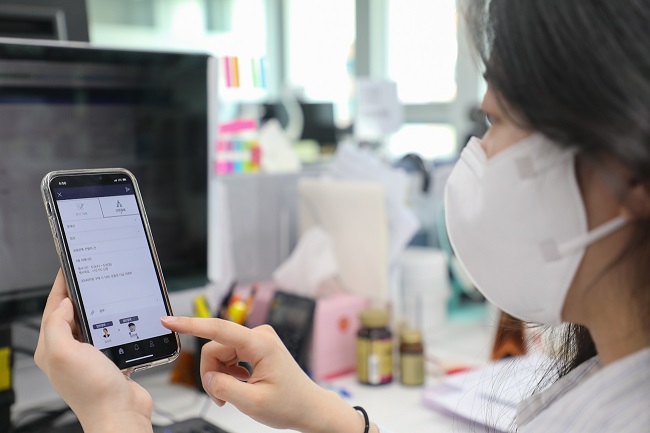 SEOUL, April 20 (Korea Bizwire) — Hyundai Department Store Co., a major department store chain, has taken the initiative to innovate its reporting system as part of efforts to make itself a better workplace for the MZ generation, which refers to those born between 1980 and the early 2000s as a combination of millennials and Generation Z.

On Monday, the company introduced a simplified electronic reporting system that is available not only on PCs but also on mobile devices.

Under the new electronic reporting system, employees can report to senior colleagues simply by sending notes through a messenger app.

Unlike in the past when they had to write a paper report using a template, employees now can file a report simply in five to six sentences on the company intranet.

To promote the use of the new system, the company eliminated as many as 20,000 paper-based report templates.

To enable its employees to report on a non-face-to-face basis or share information that doesn’t need to be presented in document format, it also introduced a group chat function, while separating personal and work-related messengers.

The company said that it introduced the new system in consideration of the fact that 80 percent of its employees are members of the MZ generation.

In a survey it conducted last year with its employees, 67.4 percent said that reports were the most difficult part of their work.