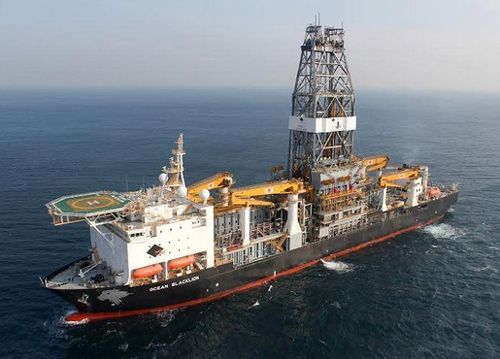 On May 25, HHI announced that it became the world’s first shipbuilder to deliver its 2,000th ship after U.S. drilling firm Diamond Offshore took delivery of the Ocean BlackLion on May 22. (image: HHI)

SEOUL, May 26 (Korea Bizwire) – Hyundai Heavy Industries (HHI) recently set a milestone with the delivery of its 2,000th ship. The achievement is an unprecedented record, unmatched by shipyards in Europe and Japan with more than 100 years of shipbuilding history.

On May 25, HHI announced that it became the world’s first shipbuilder to deliver its 2,000th ship after U.S. drilling firm Diamond Offshore took delivery of the Ocean BlackLion on May 22.

The total weight of the 2,000 ships represents a gross tonnage (GT) of 126 million, two times larger than total of 6.38 million GT for the global shipbuilding industry’s production last year.

Hyundai Heavy Industries constructed its first shipyard at Mipo Bay in Ulsan in 1972, and surprised the world by building a 266,000-ton very large crude carrier (VLCC) in 1974. In 1983, it became the largest shipbuilder in the world in terms of shipbuilding orders and tonnage, beating out Japanese rivals.

In March 2002, the company delivered its 1,000th ship and achieved 100 million GT of total tonnage, both world firsts.

Choi Gil-sun, chairman of HHI, said, “Delivering 2,000 ships is unprecedented for a single company in the world’s shipbuilding history. Now, we face fierce competition with shipbuilders in China and Japan, but we will overcome such difficulties, and strengthen our global leadership by ceaselessly innovating shipbuilding methods.”