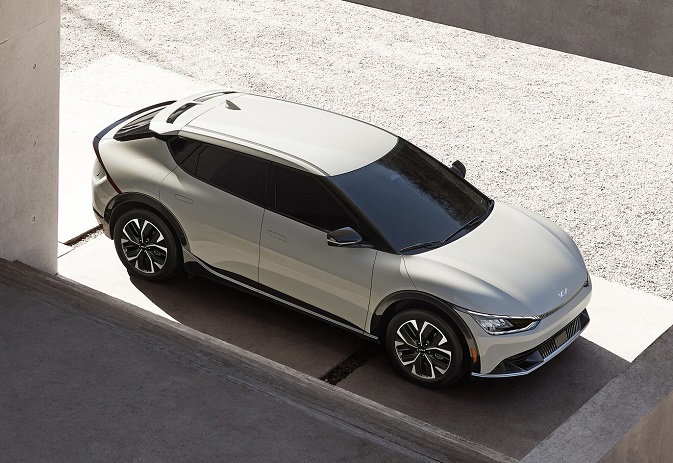 This photo, provided by the U.S. sales unit of Kia Corp., shows its EV6 model

SEOUL, Oct. 4 (Korea Bizwire) — Hyundai Motor Co. and Kia Corp. saw their electric vehicle (EV) sales in the United States sink in September from a month earlier amid worries over the potential impact from a new U.S. law disadvantaging EV makers that do not produce the green vehicles in America, company data showed Tuesday.

According to Hyundai Motor America, the U.S. sales unit of the South Korean automotive group, it sold 1,306 IONIQ 5 EVs last month, down 14 percent from 1,517 sold in August.

The on-month sales decline came amid increasing worries over the U.S. Inflation Reduction Act (IRA), signed by President Joe Biden in August, that gives up to US$7,500 in tax credits to buyers of EVs assembled only in North America.

The new law sparked concerns that it could deal a heavy blow to Hyundai Motor and Kia, the two major South Korean automakers that have been ramping up their expansion in the U.S. market.

Both Hyundai and Kia make EVs at domestic plants for export to the U.S.

South Korea has been making all-out efforts, both on the government and business fronts, to create exceptions for Korean-made EVs, saying the clauses will discriminate against Korean companies.

The IRA was one of the key agenda items discussed when U.S. Vice President Kamala Harris met with President Yoon Suk-yeol during her trip to Seoul last Thursday.

Hyundai Motor is building an EV plant in Georgia, but production there won’t begin until 2025.

Hyundai said, however, its EV sales in the U.S., including hybrid plug-in models and hydrogen fuel cell vehicles, increased 28 percent on a year-to-year basis.

Market watchers said the on-month EV sales decline may also be attributable to a “fade-out” effect after the sales of the vehicles, distributed into the market between late last year and the beginning of this year, peaked, coupled with the chip supply shortage.