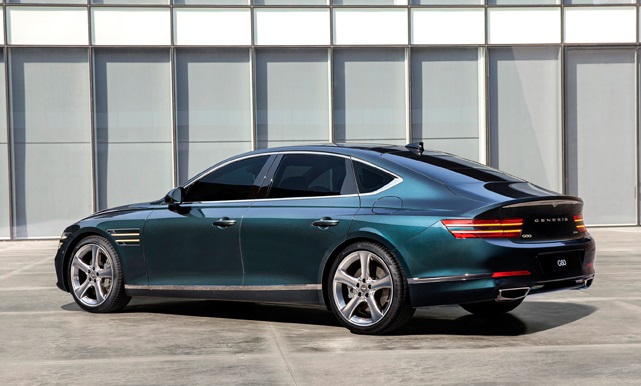 SEOUL, March 30 (Korea Bizwire) — South Korean carmaker Hyundai Motor Co. on Monday launched the all-new Genesis G80 sedan in the domestic market as it strives to support sales amid the growing impact of the coronavirus outbreak on its production and sales.

The third-generation G80, launched under Hyundai’s independent Genesis brand, comes in three trims with a 2.5-liter gasoline turbo, a 3.5 gasoline turbo or a 2.2 diesel engine, the company said in a statement.

The diesel model has a fuel efficiency of 14.6 kilometers per liter, it said.

The three versions basically come with 10 airbags and a set of advanced safety features.

They include the multi-collision brake system that automatically stops a car when the driver loses control in a collision accident and the preactive safety seat system that puts the passenger seat back to a right position to protect a person next to the driver in case of a frontal collision or sudden braking.

Signature Genesis design elements include high-tech quad lamps and a crest grille that emphasizes a seriousness consistent with the positioning of the G80.

The G80 has a minimalistic design, with a commanding driving position surrounded by high mounted control surfaces.

The center console is equipped with a rotating electronic gear selector, providing a balance of simplicity and glamour. 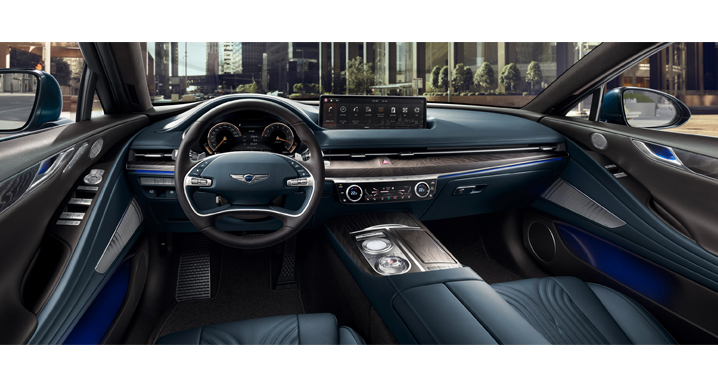 The interior of the G80 sedan. (image: Hyundai Motor)

The new G80 model sells at the starting price of 52 million won (US$39,000), with prices going up to 71 million won depending on the type of engine and options.

The upgraded G80 has been available in three versions with a 3.3 gasoline, a 3.8 gasoline or a 2.2 diesel engine.

The maker of the Sonata sedan and the Santa Fe SUV appears to be aiming to boost sales of the new G80 in the domestic market to offset declining sales due to the growing impact of COVID-19 on the automobile industry.

Hyundai has suspended most of its plants in the United States, Europe and emerging markets such as Russia and India in line with their guidance to prevent the spread of the virus. More suspensions look set to come if the virus prolongs.

Hyundai has seven domestic plants and 10 overseas plants — four in China and one each in the United States, the Czech Republic, Turkey, Russia, India and Brazil. Their combined capacity reaches 5.5 million vehicles.