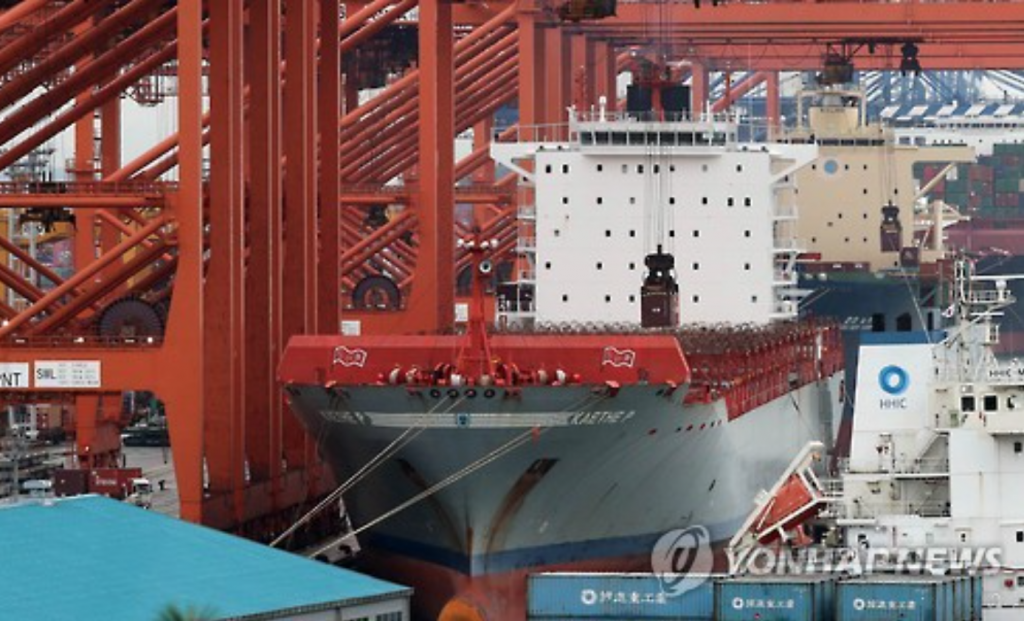 The company said it will expand its business network, while seeking to beef up its competitiveness. (image: Yonhap)

Net loss came to 4.4 billion won (US$3.84 million) last year, compared with a loss of 627 billion won a year earlier, the company said in a regulatory filing.

Operating loss widened to 833 billion won from 279 billion won over the cited period, due to low freight rates, it said.

“Low global trade and freight rates were behind the widening operating losses,” the shipping line said.

During the fourth quarter, the shipping firm logged an operating loss of 186 billion won on sales of 1.27 trillion won.

The company said it will expand its business network, while seeking to beef up its competitiveness.

Hyundai Merchant closed at 8,030 won on the Seoul bourse, up 0.38 percent from the previous session’s close, while the broader index, the KOSPI, finished almost unchanged.