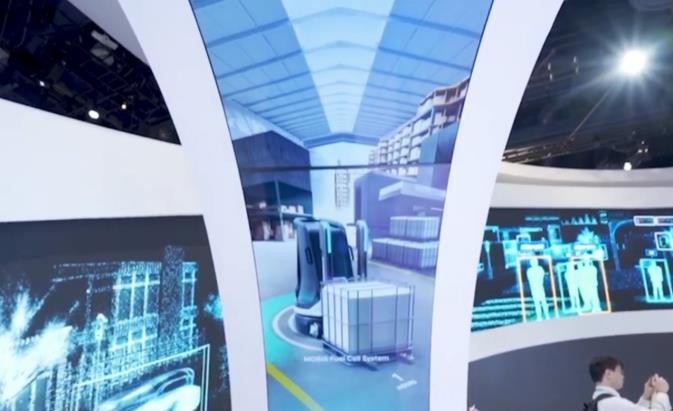 The new forklift can carry up to 5 tons, and is capable of running five hours non-stop for each hydrogen fill. (image: Hyundai Mobis)

The hydrogen forklift, developed jointly with Hyundai Motor Co. and Hyundai Construction Equipment Co., will begin its test run early next year at the free zone for hydrogen businesses, aiming to hit the commercial market by 2023.

The new forklift can carry up to 5 tons, and is capable of running five hours non-stop for each hydrogen fill.

It is the first of its kind, unlike previous models that were limited to carrying lighter cargo.

Hyundai Construction Equipment designed and manufactured the forklift model, and is charged with future quality control inspections and performance checks of the new vehicle.

The three companies are also working on developing a hydrogen-powered excavator, with a prototype expected to be revealed this year.

The excavator, too, aims for commercialization by 2023 following test runs and performance tests.