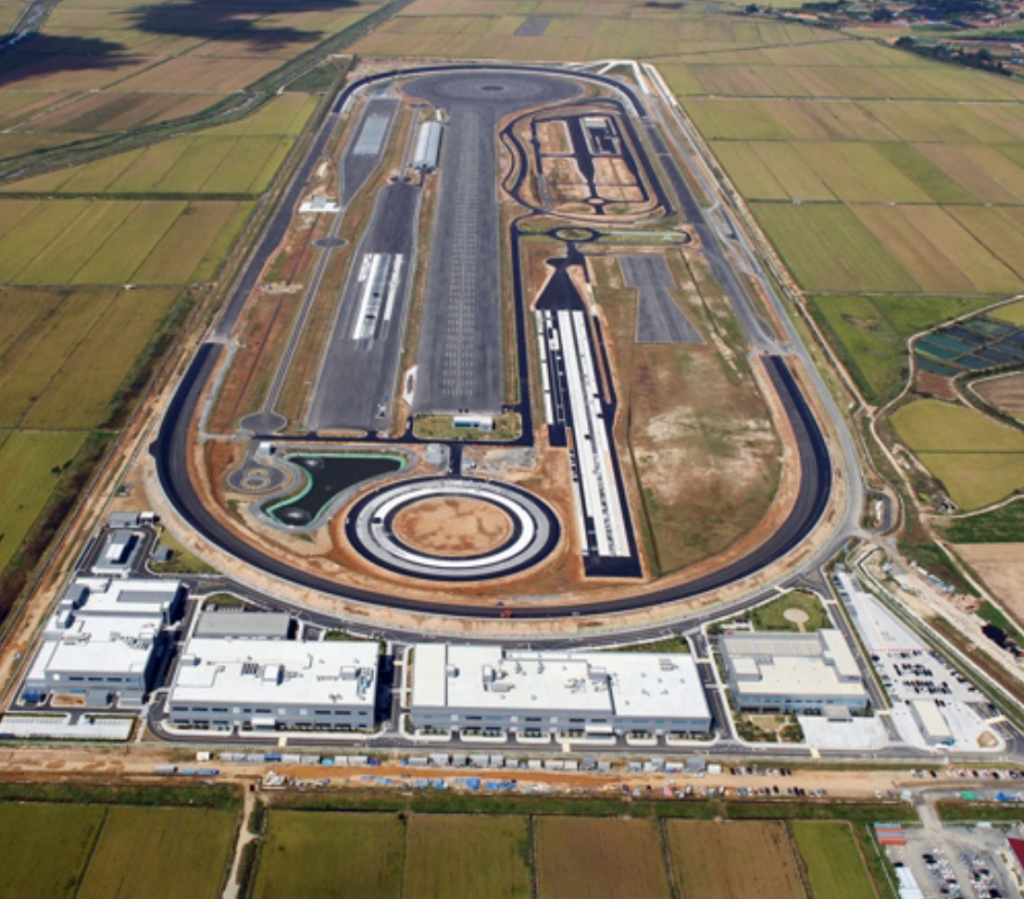 “We have built the proving ground in Seosan to test the functions of our auto parts and such cutting-edge technologies like autonomous driving in vehicles.” (image Seosan)

The country’s biggest auto parts maker by sales invested about 300 billion won (US$268 million) in the past 2 1/2 years to build the facility, a company spokesman said.

“We have built the proving ground in Seosan to test the functions of our auto parts and such cutting-edge technologies like autonomous driving in vehicles,” he said.

Hyundai Mobis in the past had to rent sites to check its auto components.

The proving ground includes a 4.2-kilometer-long high-speed test track and facilities built to test endurance and other performance metrics under various terrain and weather conditions, the company said.

Hyundai Mobis earns 90 percent of its overall sales by providing auto parts and after-sales services to Hyundai Motor and Kia Motors, which together form the world’s fifth-biggest carmaker by sales.

It posted sales of 9.27 trillion won in the January-March quarter, down 0.8 percent from 9.34 trillion won on-year, according to a regulatory filing.