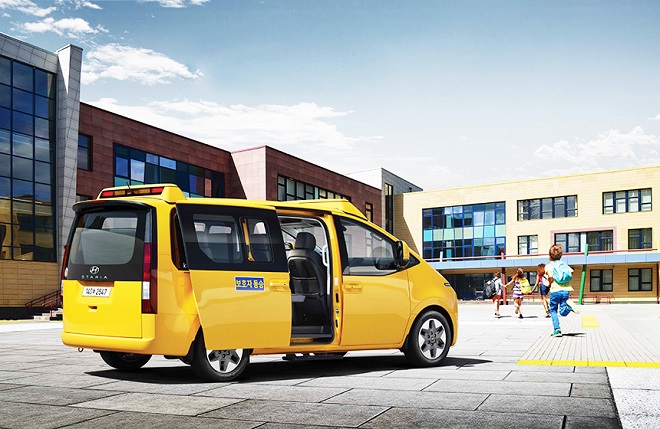 This photo, released by Hyundai Motor Co., shows the carmaker’s Staria Kinder, a school bus for children, released on Oct. 7, 2021.

The minivan comes in two different configurations, 11-seat and 15-seat trims based on the Staria LPi 3.5 Tourer Modern.

As children are expected to be the primary passengers, the 11-seater trim features safety belt height adjustment devices so that the seat belts can be fastened according to each child’s size. 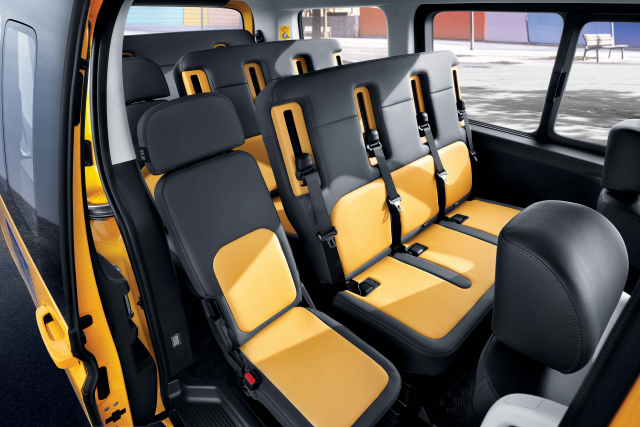 This photo provided by Hyundai Motor shows the interior of the Staria Kinder.

With all seats being converted into child seats, the 15-seater trim has three-point height-adjustable seat belts and a seat belt confirmation system.

In addition, warning lights are mounted to notify neighboring vehicles if children are getting on or off.

The price of the Staria Kinder is set at 34.78 million won (US$29,140) for the 11-seater trim and 37.41 million won for the 15-seater trim. If an liquefied petroleum gas (LPG) vehicle subsidy is applied, the bus can be purchased for around 20 million won.