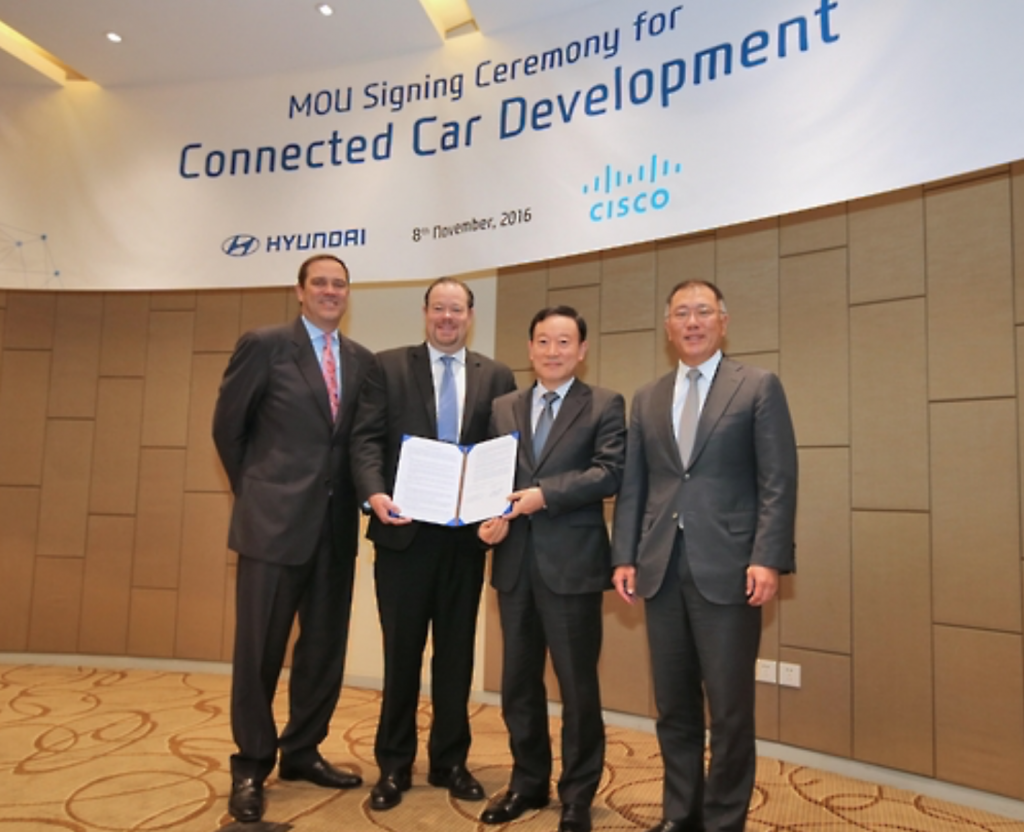 A memorandum of understanding (MOU) for cooperation was signed Tuesday between the South Korean automaker and Guizhou’s provincial government.

Under the agreement, the two sides will first set up a big data center, which will gather and analyze various transport-related data in the southwestern Chinese province that will help them develop connected cars and services for such vehicles, according to the South Korean carmaker.

“Big data is a key component in connected cars, which will also help realize fully autonomous vehicles and various other services that will make our customers’ car life much more productive and enjoyable,” it said in a press release.

Meanwhile, the company said it has also signed a separate MOU with Cisco Systems Inc. in Guizhou to jointly develop connected cars.

Under the agreement, the two companies will jointly develop and share technologies related to vehicle connectivity and security, Hyundai Motor said in a press release.