The video talks about the ‘precious language of mother nature’ to emphasize the importance of sustainability when leaving nature to posterity.

In the video, BTS members spell out iconic words that express nature, such as Emerald Ocean, Pure-White, Sky Blue, Sun-Kissed, Crystalline Raindrops, Starlit, and Woody Fresh as they demonstrate how they blend into nature. 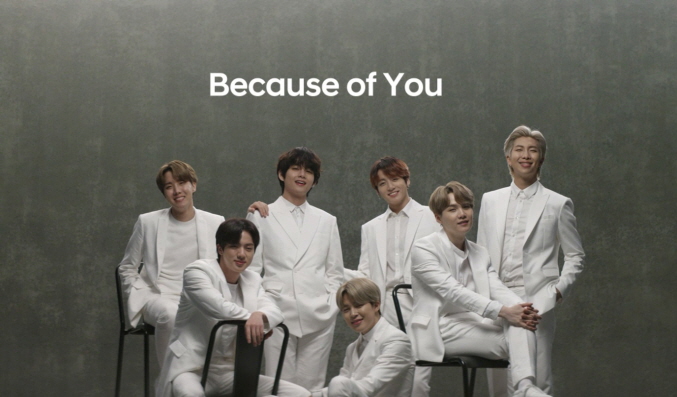 At the end of the video, the Nexo fuel-cell electric vehicle of Hyundai Motor appears on screen to describe how it emits nothing but water, and how the company aims to create a better future with hydrogen, the so-called ‘good energy’.

Hyundai Motor has been working with BTS since January on the global hydrogen campaign.