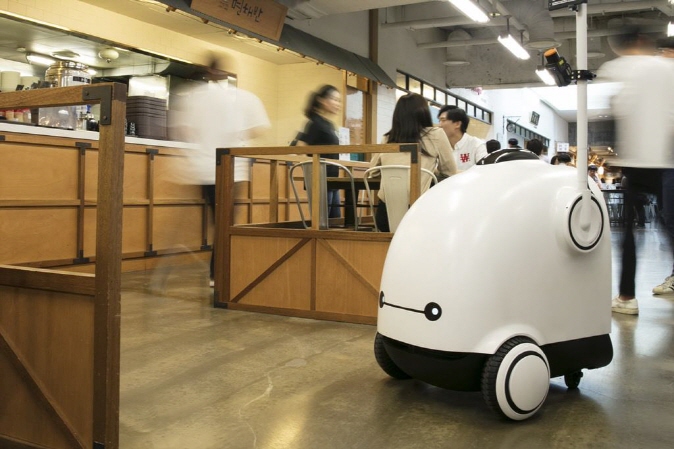 An image of an autonomous delivery robot named Dilly, which is currently under development. (image: Woowa Brothers Corp. )

Hyundai Movex said it signed a memorandum of understanding with the South Korean startup that operates the popular food delivery app Baedal Minjok.

Under the agreement, the companies will develop technologies that can allow robots to move between floors, along with other machine-to-machine communication and Internet of Things platforms.

“The technology used to make robots that can move between floors can be applied in various areas in the era of the fourth industrial revolution,” a Hyundai Movex official said.

Woowa Brothers has been making various steps to penetrate deeper into the robotic delivery industry, including investing US$2 million in U.S.-based robot developer Bear Robotics in April.

The app operator also said it is developing an autonomous delivery robot named Dilly, which is expected to be commercialized within a few years.