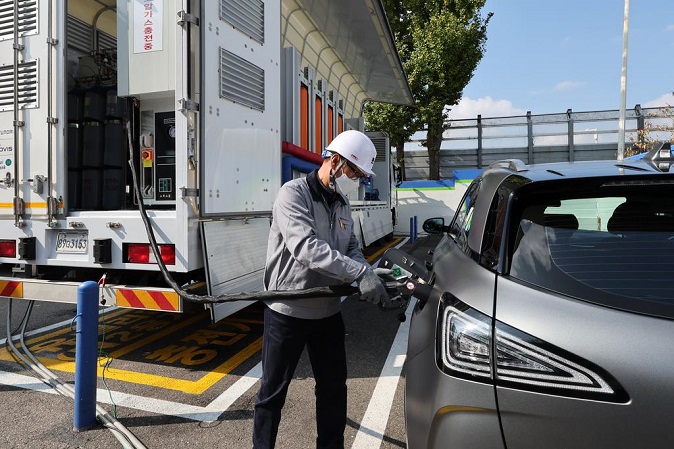 The mobile station is set up on top of a 25-ton Xcient hydrogen fuel-cell electric truck. It comes with all of the core facilities of a hydrogen fueling station — a hydrogen compressor, storage container and charger.

The station is capable of charging up to 2.5 kilograms of hydrogen, and up to 50 cars per day.

For charging efficiency, the maximum charge will be limited to 50 percent.