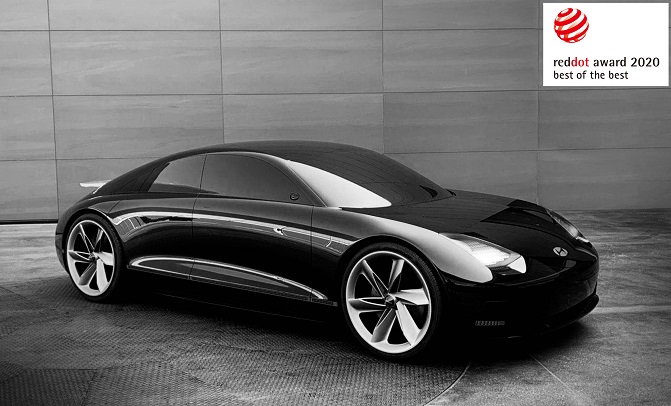 The Prophecy with an extended wheelbase and short overhang has been named as the Best of the Best of the renowned design awards in the design concept division, the company said in a statement.

The Red Dot Award is one of the world’s most prestigious design awards, along with the iF Design Award and International Design Excellence Awards (IDEA).

The Prophecy stands out as it ditches the steering wheel in favor of joysticks, which are designed for a driver to take over when autonomous technology is not available.

Hyundai said swapping the wheel for joysticks is convenient for the driver and passengers.

The Prophecy is the first concept car designed by the Korean automotive brand to win the top design concept award.

Among 4,170 concept designs submitted to the Red Dot Award: Design Concept this year, only 41 entries won Best of the Best and 188 were Winners at the awards.

Twenty international professionals judged the submissions based on innovation, feasibility and functionality.