Net profit for the three months that ended in December jumped to 1.37 trillion won (US$1.24 billion) from 772 billion won in the year-ago period, Hyundai said in a statement.

“Increased sales of high-end models, such as the GV80 SUV and the G80 sedan, propped up the quarterly bottom line despite the won’s strength against the dollar,” the statement said.

The dollar fell to an average of 1,117.64 won in the fourth quarter from 1,175.81 won a year ago, according to the Bank of Korea. A strong won drives down the value of dollar-denominated earnings when converted into the local currency.

But Hyundai’s full-year earnings results reflected the impact of the COVID-19 pandemic on its vehicle production and sales in global markets such as Europe, the United States and China.

Looking ahead, Hyundai expects demand for vehicles to gradually improve this year on governments’ stimulus packages and an on-year base effect, but tougher competition with rivals and “unfriendly” exchange rates remain obstacles. 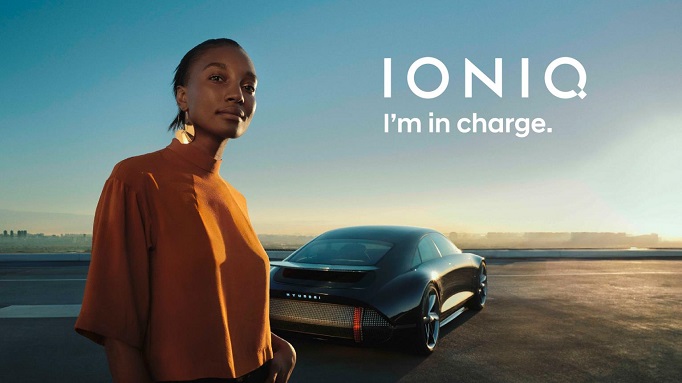 Hyundai set a sales target at 4.16 million vehicles for the year, which is 11 percent higher than the 3.74 million units it sold last year.

To achieve the goal, Hyundai plans to further focus on promoting SUV models, such as the Hyundai Tucson and the GV80 and GV70 under its independent Genesis brand, in global markets.

The company plans to raise the proportion of SUV models to 66 percent this year, up from 63 percent last year.

Particularly in the U.S. market, the company will begin the production of the Tucson SUV in its Georgia plant in the first quarter for local sales, while planning to launch the GV70 SUV in the second quarter and the all-electric IONIQ 5 midsize crossover and Santa Cruze pickup truck in the second half, Hyundai Senior Vice President Koo Za-yong said in a conference call on the 2020 results.

The maker of the Sonata sedan and the Palisade SUV has budgeted 8.9 trillion won in capital expenditure this year, up from the previous year’s 8.4 trillion won.

Of the total, 3.5 trillion won will go to research and development projects that will help the carmaker morph into a “future mobility solutions provider.”

Hyundai plans to unveil the IONIQ 5, its first EV model with E-GMP, next month.

The IONIQ 5 is equipped with a battery that enables driving over 500 kilometers on a single charge and ultra-fast charging to 80 percent capacity within 18 minutes.

Hyundai also plans to introduce the IONIQ 6 midsize sedan in 2022 and the IONIQ 7 large SUV in 2024. It will begin using alphanumeric names like its bigger rivals, such as BMW, whose models are named Series No. 1-8.

The Genesis brand also plans to launch an all-electric model this year and will eventually fill its lineup with zero-emission models in the future.