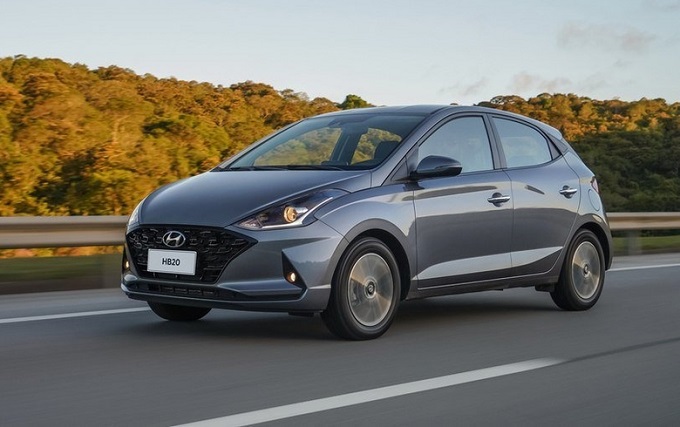 Hyundai Motor Co.’s HB20 compact car is seen in this photo provided by the carmaker.

SEOUL, Oct. 27 (Korea Bizwire) — The Brazilian passenger car market has been dominated by Volkswagen AG, Fiat Chrysler Automobiles N.V. and General Motors Co., until Hyundai Motor Co. grabbed the No. 2 spot last month for the first time in its history, bringing an end to the trio’s dominance.

Hyundai sold 14,197 vehicles in Brazil last month, gaining a market share of around 13 percent. Hyundai ranked second behind Volkswagen (17.2 percent), according to a dealers’ association in Brazil.

In terms of cumulative sales for the January to September period of this year, the carmaker captured a share of 11.8 percent, ranking third behind Volkswagen and Fiat.

Last year it ranked fourth in Brazil in both the passenger car and overall vehicle markets, with market shares of 10.1 percent and 8.6 percent, respectively.

The primary factor behind Hyundai’s stellar performance in Brazil is the strong popularity of its HB20 compact car, which captured the top spot in the passenger car category.

Another factor is the hike in sales of its Creta compact SUV. Hyundai released a new model last month.

Hyundai sold 7,147 units of the HB20 last month, with its cumulative nine-month sales estimated at 67,146 units, ranking first in the passenger car category.

The company also sold 4,550 units of the Creta last month, which ranked sixth, with its cumulative sales rising by 54.3 percent year on year to 47,131 units, ranking seventh.