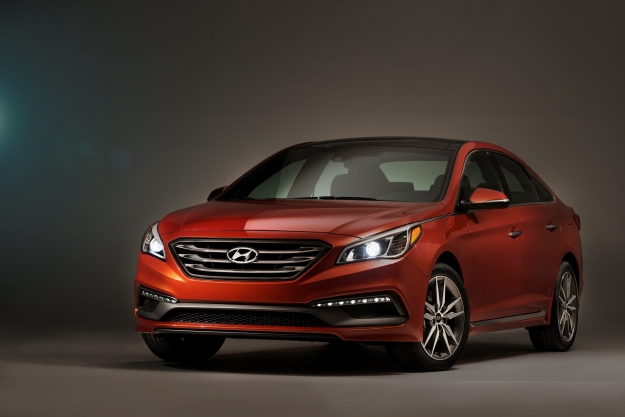 The spots will air on ESPN and Univision as part of Hyundai’s exclusive whistle-to-whistle automotive advertising sponsorship of the World Cup series broadcasts on the networks. 2014 marks Hyundai’s fourth consecutive year since 2002 as the official vehicle sponsor of the World Cup.

This year’s creative theme celebrating fan passion is a nod to what being a true fan really means. Hyundai’s ranking as No. 1 in customer loyalty for the fifth consecutive year, according to research consultancy, Brand Keys, served as the creative inspiration. The all-new spots highlight the emotional love of the game and aim to inspire fans with two simple words – “#BecauseFutbol.” Creative was developed by Hyundai’s agency of record, INNOCEAN USA.

“Boom,” a 30-second spot, celebrates fan passion as a powerful force shedding light on the world-wide phenomenon of baby booms. The ad illustrates how a single win can literally create a generation – “#BecauseFutbol.”

“Avoidance,” a 30-second spot, follows a man on his emotional journey home to watch a game he’s recorded. He goes to great lengths to avoid spoilers throughout the day, only to be foiled by an unexpected source. Viewers sympathize with the man – “#BecauseFutbol.”“

Soccer fans are more than just supporters of the game – they are die hard, loyal fanatics for their teams and countries,” said Steve Shannon, vice president, Marketing, Hyundai Motor America. “As the industry leader in customer loyalty, Hyundai knows a thing or two about passion. This year’s World Cup campaign shows what being a ‘true’ fan really means; and how for 30 days people come together, lives change, emotions rise and unexpected moments happen.”

“Hyundai chose to focus on the fans, and the passion Hyundai shares with them for the sport of Futból,” said Greg Braun, executive creative director, INNOCEAN USA. “The statement, ‘Because Futból’ was the perfect summation of the phenomenons that passion creates.”

“#BecauseFutbol” extends beyond the big screen as Hyundai invites fans to share their passion for the game and connect with other fans around the globe digitally at BecauseFutbol.com. Built on the Tumblr platform, BecauseFutbol.com connects, inspires and engages fans with unique content and tools developed by dozens of leading Tumblr artists and content creators.

Elevating the artistic expression and fan passion shared on BecauseFutbol.com, for the first time ever, customized content created by the Tumblr artists will be featured on the Times Square Billboard in New York during the days leading up to the World Cup.