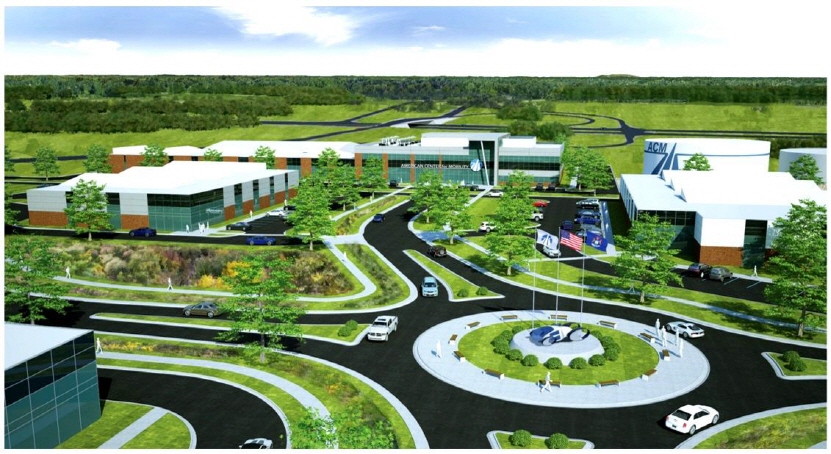 This rendered shows the R&D and test center being built by the American Center for Mobility (ACM) in Ypsilanti Township, Michigan. (image: Hyundai Motor Group)

The South Korean automaking conglomerate has made the investment decision to seek cooperation in next-generation car technologies and test the technologies at a large-scale R&D and test center being built by the American Center for Mobility (ACM) in Ypsilanti Township, Michigan.

As global carmakers, such as Ford Motor Co. and Toyota Motor Corp., also joined the project, Hyundai Motor Group aims to expand its technology partnership with such companies, Hyundai said in a statement.

The group, which has Hyundai Motor Co. and Kia Motors Corp. under its wing, plans to test autonomous vehicle technology, such as sensor technology, communication between vehicles and infrastructure, and how connected vehicle systems work in various weather conditions, the statement said.

Hyundai is participating in the $135 million ACM R&D and test center project as a founding-level sponsor. This is expected to allow the carmaking business groups to join the nonprofit organization’s government-industry team, which will work to create government standards and regulations regarding next-generation vehicles, the company said.

The construction of the R&D center, which includes the creation of a 2.5-mile highway loop with on- and off-ramps, and a 700-foot curved tunnel will be completed by the end of 2019, it said.