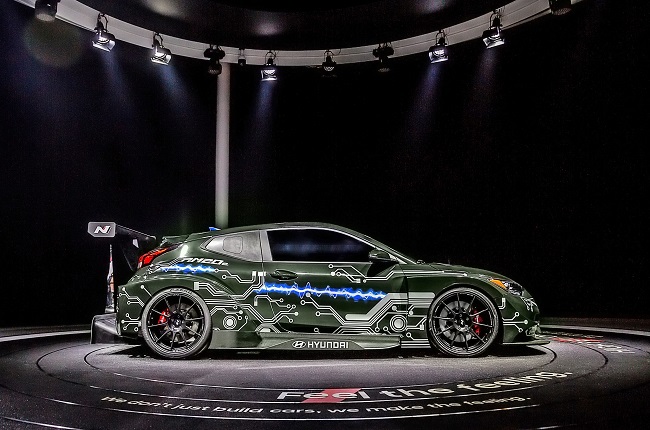 This photo taken Sept. 26, 2020, shows the all-electric RM20e concept unveiled at the 16th Beijing International Automotive Exhibition being held in the China International Exhibition Center from Sept. 26 to Oct. 5. (Yonhap)

Hyundai introduced the all-electric Prophecy concept sedan and the high-performance RM20e electric concept at the motor show, the biggest of its kind since the coronavirus pandemic, the company said in a statement.

The company chose the Beijing motor show as the venue for the introduction of the two electrified concept models for the first time to the public as China is the world’s biggest EV market.

To revive lackluster sales in the neighboring country, Hyundai launched the localized Elantra compact through the show and announced its plans to launch the all-new Tucson SUV next year, the statement said.

The maker of the Sonata sedan and Santa Fe SUV also said it will soon begin importing the flagship Palisade SUV from South Korea for sale in China.

Hyundai’s affiliate Kia Motors Corp. is also promoting the all-new Carnival minivan in the 10-day exhibition through Oct. 5, with a plan to launch it in the second half of 2021.