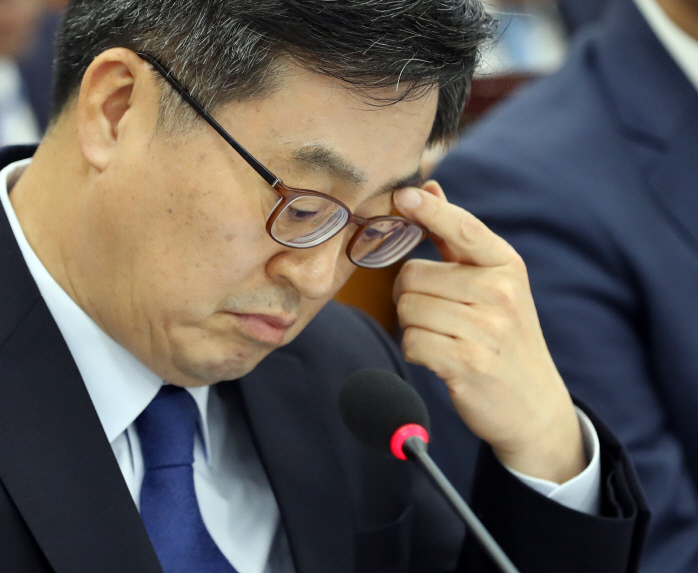 SEOUL, Oct. 26 (Korea Bizwire) — Kim Dong-yeon, the Minister of Economy and Finance and Deputy Prime Minister, said yesterday that he was committed to implementing new transportation services, including carpooling.

The minister also said that if a sharing economic model was the direction of the future, then he would be fully willing to throw his weight behind new sharing economy initiatives.

During a parliamentary audit session, the minister answered “yes” when asked he was willing to implement new transportation services such as carpooling.

“Economic reform which includes shared economy is a very painful process,” said the minister, adding that the reform was difficult because it would mean shaking up vested interests and existing social structures.

“If the economy could do well without having to go down this route, then we wouldn’t be doing this,” said the minister. “However,” he added, “the sharing economy is not something we can ignore.”

The minister went onto say that the notion of a sharing economy has already evolved significantly. “If it’s a road we must take, we must be headstrong,” emphasized Kim.

“This all depends on whether we can all work together so that the market’s existing players can share the profits with new entries,” he added.

The minister also talked about other industries that were facing the same problem.

“The hotel association is against the idea of shared accommodations, but we must focus on creating a new market,” said Kim, adding that it was important to ensure that new measures be advantageous for all parties involved.

On Wednesday, the government announced plans to revamp the current system in various sectors so that practices in sharing economy could lead to higher competitiveness and more jobs in respective industries.

Regarding the reform of regulations regarding such matters as carpooling, the minister said that there were still some rough edges but that “government ministries and the Blue House had presented the big picture.”