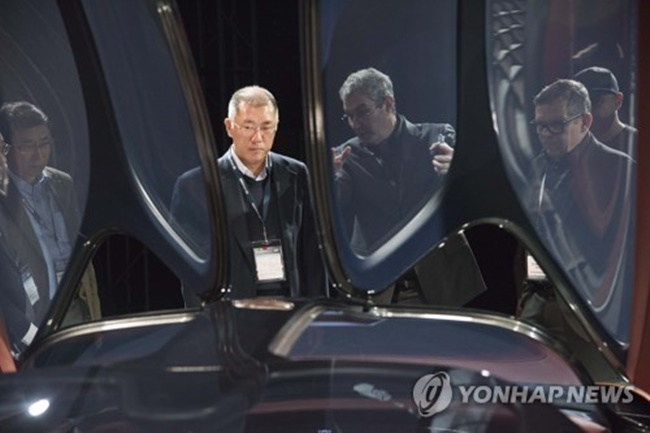 The company said Chung met with executives from Beijing Hyundai Motor Co. and its affiliates earlier in the day to discuss pending issues in the world’s biggest automobile market.

At the motor show that runs from Wednesday through May 4, Hyundai Motor said it will unveil a “sporty sedan,” a vehicle developed for Chinese customers. The name of the model and other details will be released at the event.

Hyundai’s corporate cousin Kia Motors Corp.’s QE sport utility vehicle, another model developed for Chinese customers, is also set to make its debut during the show. The K5 plug-in hybrid model will be introduced for the first time in China.

Hyundai and Kia, which are the flagships of the world’s No. 5 automotive conglomerate by sales, are stepping up their efforts to revive sales in China this year after their sales were hit hard by a diplomatic row between the two countries over the deployment of a U.S. anti-missile system on the Korean Peninsula last year.