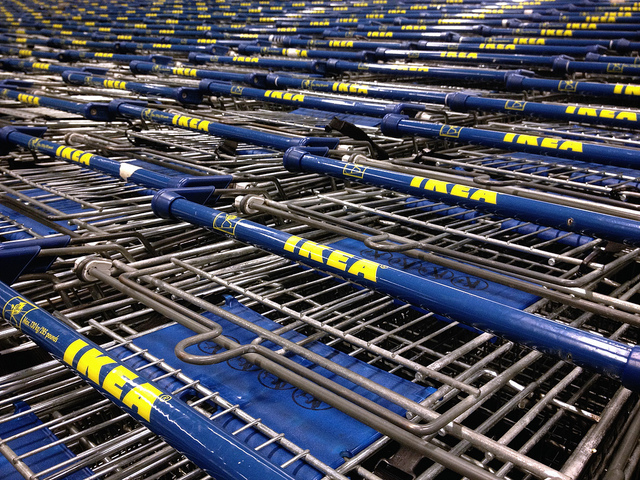 Prices of some 100 individual products sold in South Korea were more expensive that those in the three other countries. (image: Jason Farrar/flickr)

SEOUL, June 22 (Korea Bizwire) — Prices of couches and wardrobes sold by IKEA Korea, the local unit of Swedish furniture giant IKEA, are 15-20 percent higher than those in other countries, a poll showed Monday.

The survey by local consumer advocacy group Consumer Research showed that the price of 126 products sold in the country averaged 522,717 won (US$471.8), which is 15-20 percent higher compared with the cost in Germany, Japan and the United States.

The average price was the lowest in Japan at 437,578 won, followed by Germany with 453,737 won and the United States with 455,344 won. They were calculated using the foreign exchange rates on June 15 and only include products that are sold in all four markets.

Prices of some 100 individual products sold in South Korea were more expensive that those in the three other countries, the report showed.

A Consumer Research official said that products with price tags higher than 100,000 won were generally sold at a higher cost than in other countries, while low-end items were cheaper in South Korea.

IKEA Korea refuted the survey results, saying that it considers a mix of factors, including foreign exchange, stock and tariff rates, in setting prices in each country.

The Swedish furniture brand has been embroiled in a number of consumer complaint cases since its local debut in December. Most of the complaints have been about the price gaps compared with other markets, while a map product labeling the East Sea as the Sea of Japan also sparked backlash in February this year amid fraying ties between Seoul and Tokyo.