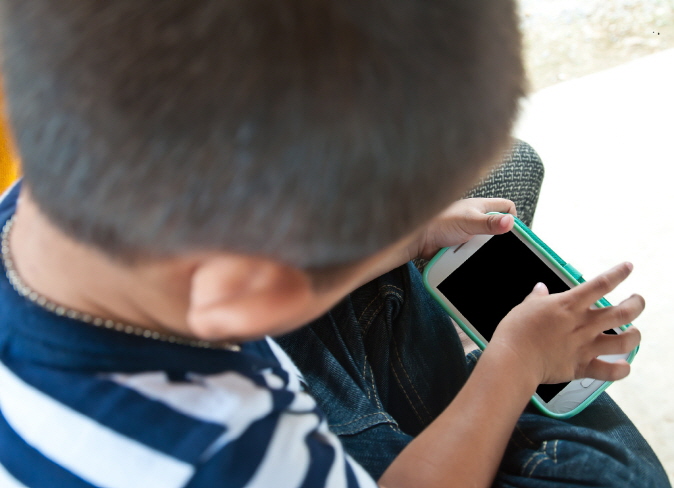 The Barun Research Center said children are more exposed to cartoons and entertainment apps than educational ones because parents give smartphones to children to avoid being distracted during work. (image: Korea Bizwire)

Roughly 60 percent of parents said they let their children play with smartphones to entertain them or so that they could focus on their work.

The Barun ICT Research Center at Yonsei University asked 602 parents with children between the ages of 12 months and 6 years if smartphones or tablets help children’s education.

Among the respondents, 57 percent said they recognize the educational effect of smartphones.

Children were typically shown YouTube and other video applications that accounted for as much as 82.1 percent of total smartphone usage.

The Barun Research Center said children are more exposed to cartoons and entertainment apps than educational ones because parents give smartphones to children to avoid being distracted during work.

“Many parents are using smartphones as an easy way to entertain their kids,” said Kim Beom-su, head of the Barun ICT Research Center.

“To maximize educational value, parents should constantly advise and communicate with their children when they play with smartphones.”