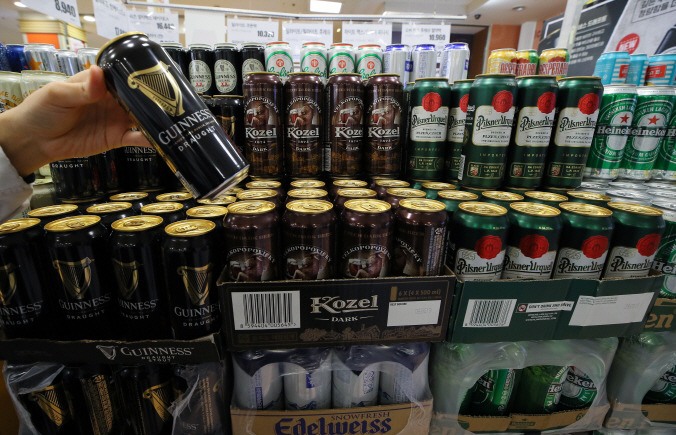 SEOUL, Oct. 24 (Korea Bizwire) — Beer makers in the South Korean imported beer market are in a fierce competition to win the top seat that was once occupied by Japanese beer.

According to the Korea Customs Service, Japanese beer had the largest share in the imported beer market in South Korea for 10 years after surpassing the U.S. in 2009.

Japanese beer, however, was struck by the boycott movement against Japanese products following Japan’s export restrictions against South Korea.

The hole in the market left by the absence of Japanese beer is currently being filled in by Chinese beer, which was the top imported beer for two consecutive months since August and reached US$4.6 million in imports in the following month.

Late runners have also joined the competition by diversifying their products.

Golden Blue, a South Korean liquor company, jumped into the imported beer market after importing Carlsberg beer in May of last year.

It also won exclusive rights to import Grimbergen, a Belgian ale, to garner a stronger presence in the imported beer market.

Other companies are taking a low-price strategy to compete in the market.

Lotte Mart is now offering 12 cans of L Weizen beer for 9,900 won (US$8.46), which is an exceptionally low priced considering that it normally costs around 10,000 won for four cans of imported beer.

Other large retailers are also offering six cans of other European beer for 10,000 won.

South Korean beers, once sidelined by imported beers, have also gained a new chance to recover.

Oriental Brewery Co. lowered the price for all Cass brands by 4.7 percent. HiteJinro Co. also sold more than 200 million bottles of Terra lager beer in just 160 days, bolstering its presence in the market.