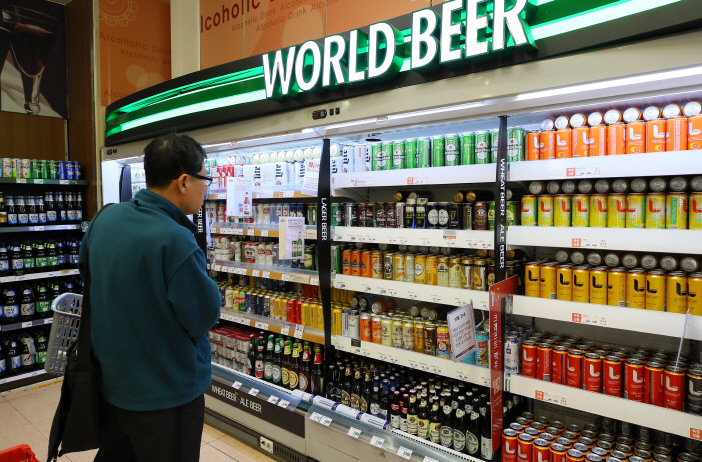 Last February, the Public Interest Research Group, a U.S. and Canadian federation of non-profit organizations, exposed a list of 20 products, including beer and wine, that contained glyphosate. (Yonhap)

SEOUL, Apr. 29 (Korea Bizwire) — A recent consumer scare surrounding allegations of herbicides in beer products ended up being much ado about nothing as herbicides were not found in any beer products available in South Korea.

The Ministry of Food and Drug Safety (MFDS), after receiving reports from foreign channels that glyphosate, a substance found in herbicides, was found in imported beer and wine, conducted an overall inspection of all beer and wine available in South Korea, but none of the products examined were found to contain the herbicide.

Last February, the Public Interest Research Group (PIRG), a U.S. and Canadian federation of non-profit organizations, exposed a list of 20 products, including beer and wine, that contained glyphosate.

The ministry conducted examinations on 11 products imported to South Korea (10 beer and one wine) and 30 other imported beers available in South Korea.

The ministry, however, did not find any glyphosate in all beer and wine products imported to South Korea.

The European Food Safety Authority, U.S. Environmental Protection Agency, and Food Safety Commission of Japan, however, believe that glyphosate does not cause cancer.

The committee of experts at the MFDS also gave assessments that glyphosate is not harmful to the human body.