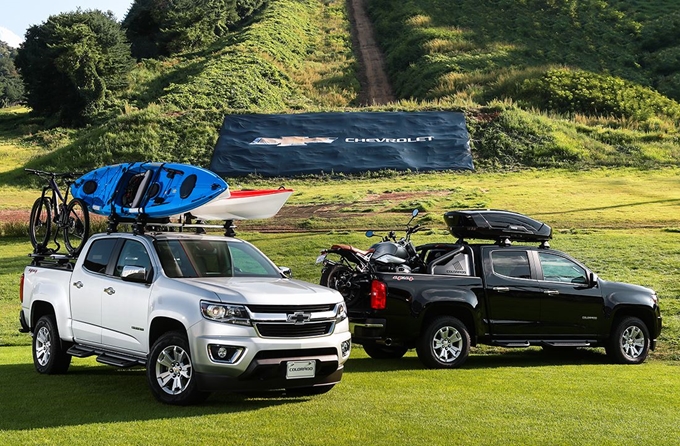 This photo provided by GM Korea on Aug. 26, 2019, shows Colorado pickup trucks, carrying a bicycle, a motorcycle and kayaks, at Welli Hilli Park in Hoengseong, 140 kilometers east of Seoul.

The number of newly registered foreign vehicles fell to 20,406 units last month from 21,839 a year ago, the Korea Automobile Importers & Distributors Association (KAIDA) said in a statement.

“The monthly sales results are attributable to fewer working days due to the Chuseok holiday and disrupted production due to semiconductor parts shortages,” the statement said.

Import brands accounted for 20 percent of the Korean passenger vehicle market in August, up from 18.61 percent a year ago. Their market share for September will be available next month, KAIDA said.