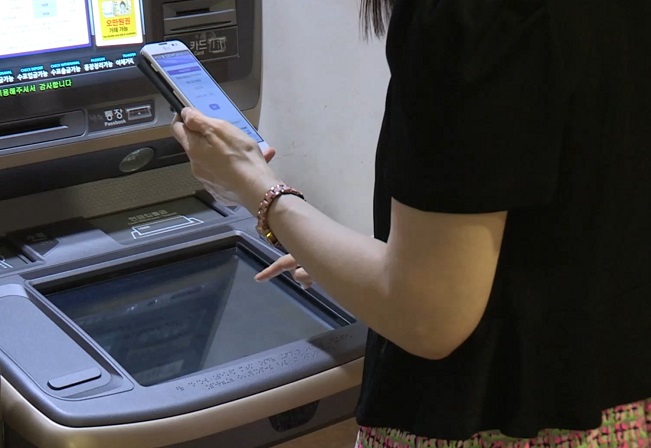 A client uses an ATM at a bank in Seoul. (Yonhap)

SEOUL, Nov. 11 (Korea Bizwire) — Scenes of people remitting money at bank windows are becoming a relic of the past in South Korea.

Only elderly people older than 60 years age still showed a preference towards such classic types of non-face-to-face transactions.

According to data revealed by the Financial Supervisory Service on Tuesday, the share of face-to-face transactions made with bank tellers among banks’ total remittance transactions stood at 0.75 percent or 14 million cases in the first half of this year.

Among non-face-to-face transactions, the use of mobile banking showed an upward trend, while the classic types of transactions such as Internet banking, telebanking and ATM showed a declining popularity.

However, among all age groups, only those aged over 60 showed an upward trend in the use of the classic types of non-face-to-face transactions.

Given that the number of ATMs declined to 35,000 units in July 2020 from 43,000 units in 2016, the data can be interpreted as an indication that elderly people still have a preference for classic types of non-face-to-face transactions.