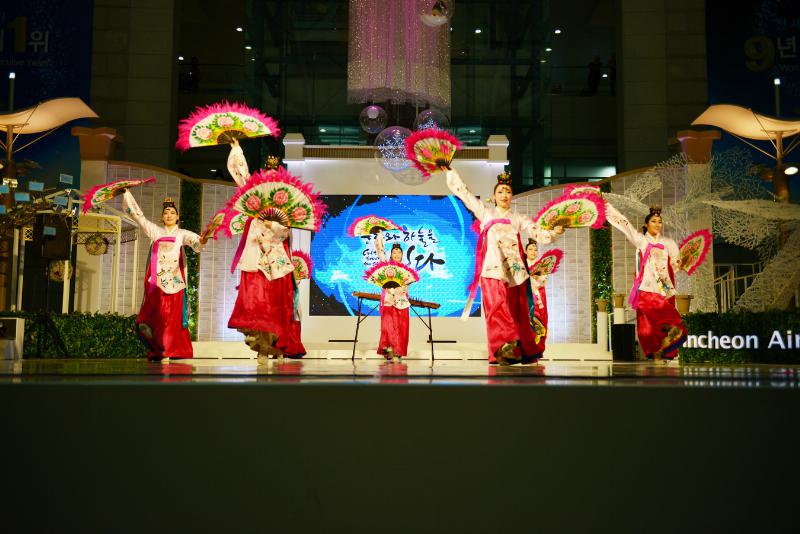 SEOUL, South Korea, Dec. 11 (Korea Bizwire) — Presenting high-quality cultural and artistic performances all year round, Incheon International Airport is staging a star-studded cultural event for the festive season to round off the year 2014.

Incheon International Airport’s Winter Performance “Winter Story Concert” will be staged for around one hour from 4:00 in the afternoon everyday for five days from the 18th to the 22nd at the Millennium Hall on the first floor of the Passenger Terminal. Offering performances from various genres including operatic pop, classical, choir, musicals and hand bell performances, the Winter Story Concert is free for everyone visiting Incheon International Airport.

On the 18th, the first day of the event, the PhilHarmonians Seoul Orchestra, which appeared in the TV drama “Tomorrow Cantabile” and is led by Art Director Lee Jong-jin, will play classical pieces from the drama.

On the 19th, Britain’s hit male operatic pop group Blake, which was highly praised by the British Royal Family for their sweet and mellow voices, will give a special performance. Blake is an outstanding vocal group that has won prizes at the Brit Awards on three occasions and recorded a hit album that sold more than one million copies. Famous for being the most favorite artists of Hollywood celebrities Ewan McGregor and Keira Knightly, Blake is drawing attention all the more as they will be presenting their first performance in Korea.

On the 20th, the Korean a cappella group Snow City and the children’s hand bell performance team Pan Asia Hand Bell Choir will create a delightfully harmonious atmosphere to warm up what will surely be a cold wintry day. On the 21st, a classical music concert performed by the string quartet Quartet-X will be staged. Their catchy tunes will be accompanied with a commentary by Violinist Jo Yun-beom, who is famous for his classical music lecture series titled “ower Classic”.

On the 22nd, the last day of the event, Korea’s leading musical performers Bada, Cha Ji-yeon and Park Hye-na will fire up the stage with their passion and contagious joy in collaboration with the Mostly Philharmonic Orchestra. The three musical divas will surely give an exciting performance by singing famous musical pieces together.

For people wishing to enjoy the “Winter Story Concert” more up close, some seats can be reserved online in advance. Anyone can reserve a seat on the Incheon International Airport website (http://www.airport.kr) on a first come first served basis. In addition, the “Leave a Comment in the Incheon International Airport Facebook page” event is in progress to give away seats to the Blake performance on the 19th and for the performance of Bada, Cha Ji-yeon and Park Hye-na accompanied with the Mostly Philharmonic Orchestra on the 22nd and autographed CDs of the performers to people who submitted a story about Incheon Airport and selected through a drawing. For details please visit the Incheon Airport Facebook page.

The performance stage in the Millennium Hall on the first floor of the Passenger Terminal where the Winter Story Concert will be held is drawing the attention of visitors as it has been decorated under the theme of a “Gallery in Garden” filled with beautiful art works and landscaping. At present, on exhibit are installation works of Lee Gil-rae, an artist who expresses the dynamism of organic bodies against a backdrop of oriental landscapes to conjure a message of life using pine trees, a symbol of nature-friendliness, as a motif. In the pine tree forest surrounding the stage, Lee Gil-rae’s installation featuring blinking LED lamps “Fly to Hope” and a specially landscaped poinsettia flowerbed adds to the year-end festive mood.