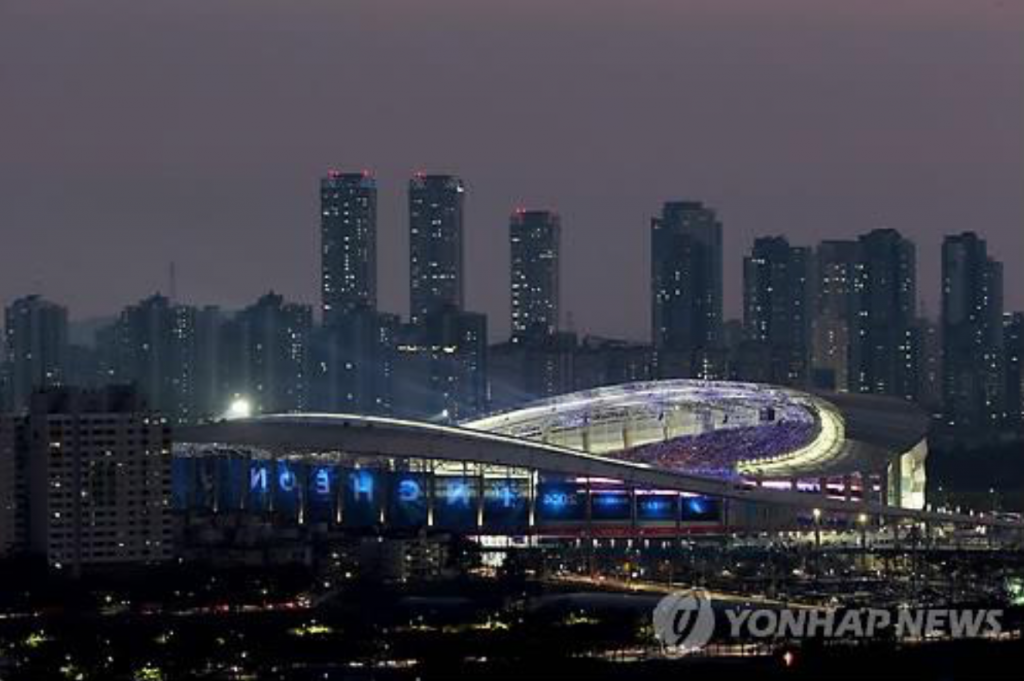 The opening ceremony of the 17th Asian Games is staged at Incheon Asiad Main Stadium in Incheon. (image: Yonhap)

The Incheon municipal government said it has recently submitted an offer to the Olympic Council of Asia (OCA) that the city wants to house the OCA headquarters. The OCA is the apex sporting body which controls all sports in Asia. It is one of the five continental associations recognized by the International Olympic Committee (IOC).

The headquarters of the OCA have been in Kuwait City since the organization was formed in 1982. But following an IOC sanction on Kuwait, doubts have been raised about the OCA’s tenure in Kuwait City.

Relations between the IOC and the Kuwait have been cold after the Middle East country was banned by the Olympic governing body last October for alleged government interference. The IOC ruled that a new sports law from the Kuwait government threatened the autonomy of the Kuwait Olympic Committee and other sports federations.

Kuwait recently announced it will take the IOC to the Swiss courts over the punishment. The country’s participation in the Rio de Janeiro Olympics in August remains doubtful.

The OCA is expected to make its decision on the new home at the general assembly in Danang, Vietnam, on Sept. 25. Incheon is projected to compete with Doha in Qatar, Dubai in the United Arab Emirates, Jakarta in Indonesia and Bangkok in Thailand.

Incheon, located just west of Seoul, said it has high expectations of winning the bid. The city is already home base for 14 international institutions.

Incheon, headed by Mayor Yoo Jung-bok, said it has proposed various incentives, including rent-free office space, to accommodate the OCA headquarters. The city plans to have the building in its Songdo International Business District.

The host of the 2014 Asian Games said it also has a good history with the OCA executives. The OCA President Sheikh Ahmad Al-Fahad Al-Sabah received an honorary doctorate in politics from Incheon-based Inha University in 2013, while the OCA Director General Hussain Al-Mussalam was named an honorary citizen of Incheon in 2014.

Incheon added should the OCA headquarters move to the city, it can further grow its international presence and can be recognized like Lausanne in Switzerland, home to the IOC and some 50 international sport associations, and Brussels in Belgium, which hosts the official seats of the Council of the European Union and the North Atlantic Treaty Organization.

However, critics said that budget could be a problem. For the incentives that Incheon promised the OCA, the city needs more than 800 million won (US$691,200) a year. Incheon already spends 7 billion won every year to support its existing international organizations.

Members from the Incheon City Council said they will review economic and other benefits by hosting the OCA headquarters. The city said it will discuss with the central government on how to finance the move.