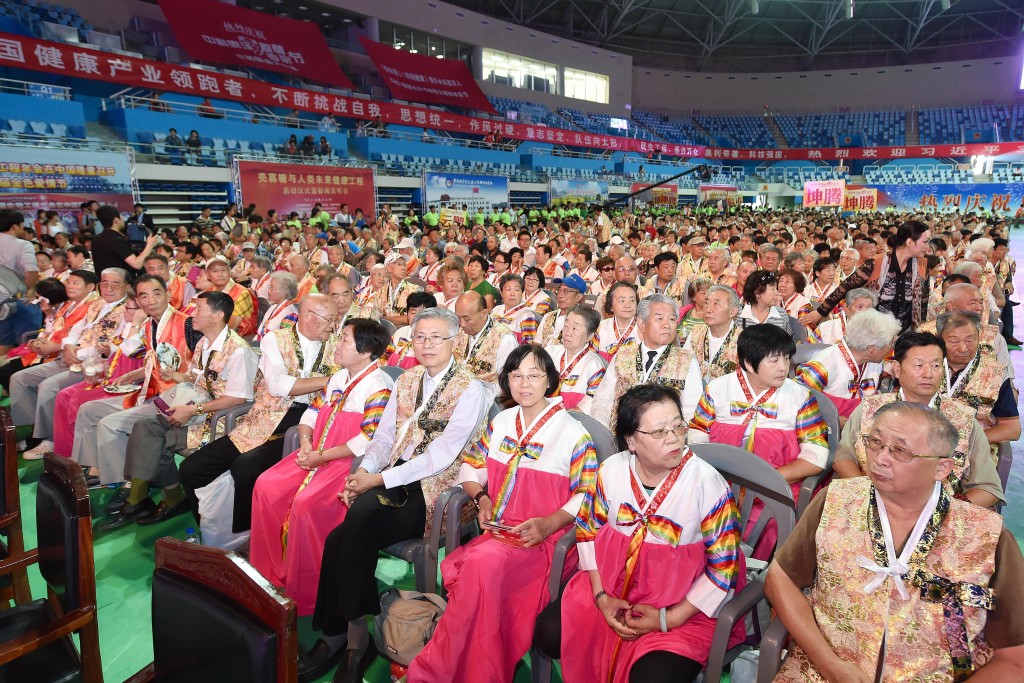 SEOUL, July 3 (Korea Bizwire) – Incheon, the host city of the upcoming Asian Games in September this year, is striving to induce Chinese package tourists with various tourist attractions including the shooting site of the much beloved drama “My Love from the Star.”

On July 2, a total of 3,000 Chinese group tourists arrived in Incheon for their corporate incentive tour on a four-day schedule. On the first day, they experienced a Korean traditional wedding in traditional costumes at a gymnasium in Incheon which will be used as a gymnastics competition venue during the Asian Games.

After the traditional wedding, they toured the city including a university in Incheon where the drama shooting was conducted. Also, they watched a non-verbal performance Bibap in Songdo and had a shopping there.

The ultra-large-scale packaged tour of 3,000 tourists was the result of Incheon City’s marketing activities together with Incheon Development & Tourism Corporation to induce tourists to Incheon amid the stagnation in local tourism after the capsized ferry of the Sewol. It will be recorded as the largest corporate incentive tour from China to Incheon.

Beside the tour, the city induced several large-scale package tours since last November including a corporate incentive tour from a Chinese insurance company and group tours of the aged Chinese.

Especially, the incentive tour contributed to the local economy in terms of publicity of the city and the Asian Games as the tourists spent a whole night at Incheon while touring and having time together within the city.

For the incentive tours, the city government signed an agreement with travel agencies to develop various tour packages such as corporate incentive tours, group tourists among aged people, field trips for students, medical tourism, cruise tours and tour programs for small islands in the region.

An official at the Incheon city government said, “The group tour is good news like a sweet drop of rain for the stagnant local tourism industry after the ferry accident and is expected to contribute much to the local economy within a short time. Based on this experience, we will prepare various measures to induce incentive tours and make profits there.”