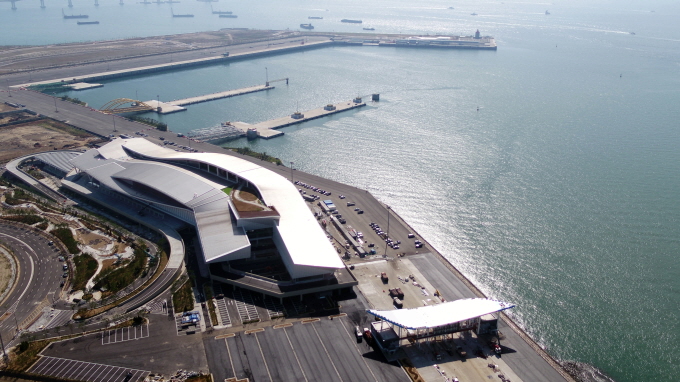 The New Incheon Port International Passenger Terminal under construction in the port city, west of Seoul.

The total floor area of the terminal is 65,600 square meters, larger than nine soccer fields combined.

According to the Incheon Regional Office of Oceans and Fisheries, the two existing ferry terminals will be relocated to the new terminal by June 14 and 21, respectively.

The office plans to hold various events to celebrate the new terminal’s opening in late June after discussions with relevant institutions.

The number of ferry passengers between Incheon and the 10 Chinese cities topped 1 million last year for the first time since 2011.

South Korea and China have 16 regular ferry routes between their ports, with 10 departing from Incheon, five from Pyeongtaek, Gyeonggi Province, and one from Gunsan, North Jeolla Province.