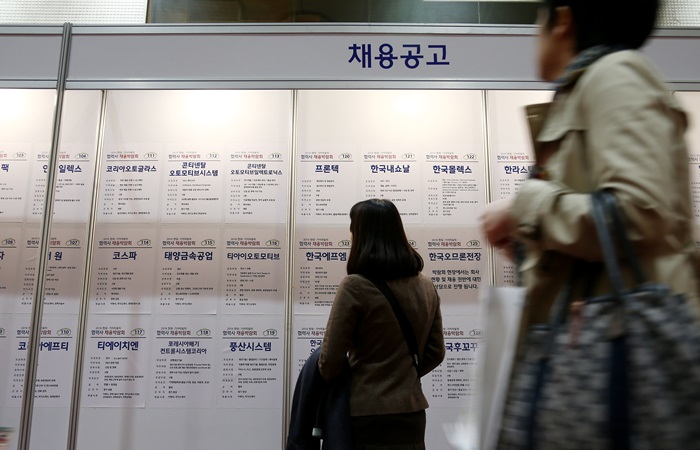 Jobseekers look at recruitment notices during a job fair at a convention center in Seoul. (image: Yonhap)

SEOUL, Sept. 15 (Korea Bizwire) — The number of so-called ‘NEETs,’ or young stay-at-home South Koreans who have been jobless for more than three years, has surpassed the 100,000 people milestone.

Statistics Korea showed that, as of May of this year, there were 278,000 young South Koreans who have been jobless for more than three years.

An increasing number of young people refusing to join the workforce results in an equivalent opportunity cost in the South Korean economy, lowering the potential for economic growth due to a lack of labor supply.

The Korea Economic Research Institute claimed that, as of 2017, the opportunity cost generated by the increasing number of NEETs between 15 and 29 years of age has reached 49.4 trillion won (US$42.1 billion) each year.