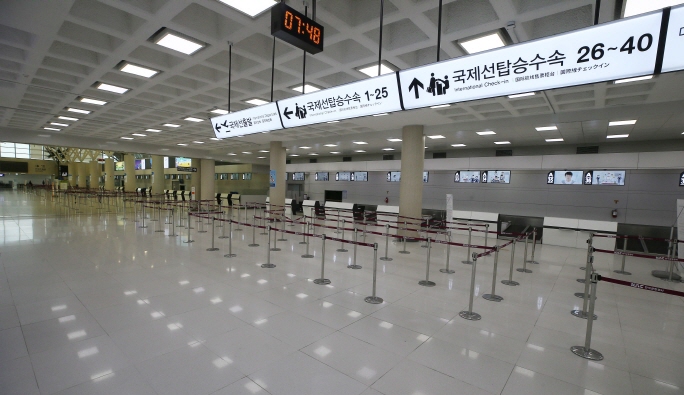 JEJU, March 14 (Korea Bizwire) — All international flights to South Korea’s southernmost resort island of Jeju came to a halt on Saturday as foreign airlines suspended their direct routes to the island over coronavirus concerns.

According to Jeju International Airport, Malaysia’s AirAsia canceled its 8 a.m. flight from Kuala Lumpur to Jeju, a day after its government imposed an entry ban of foreigners from South Korea to prevent the inflow of the virus from abroad.

Malaysia’s move follows the suspension of direct flight services by airlines in Hong Kong, mainland China and Taiwan, as well as Thailand and Japan, which took similar steps in line with their governments’ toughened travel curbs on South Korea.

It is the first time international flights to Jeju have been halted since the Jeju airport first opened a direct route to Osaka, Japan, in 1969, an official said.

Normally, 390 flights on 26 routes to and from Jeju would have been operating on a weekly basis, according to the airport’s five-month winter schedule that ends on March 28.

Only a Jeju-Shanghai route run by China’s Spring Airlines is operating, but that is only to transport Chinese nationals who were illegally staying in Jeju and have applied for a return, officials said.

As of Saturday, more than 50 countries and territories were barring the entry of people from South Korea, a country hit hard by the outbreak of COVID-19. Korea’s infection tally has topped 8,000, with the death toll linked to the virus at 72.