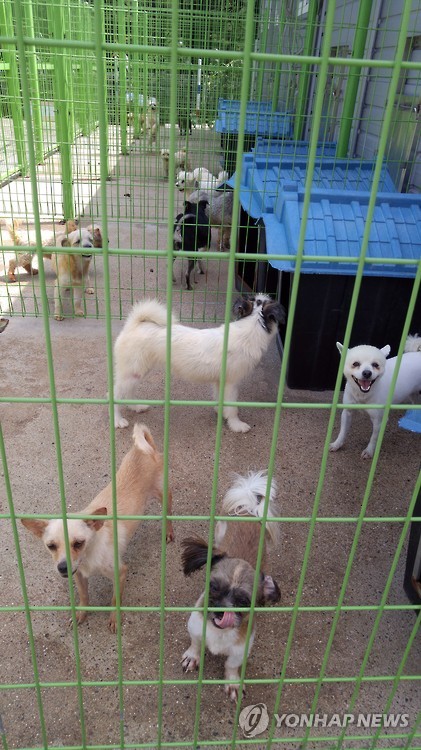 “We’ve had 65 abandoned pets enter our facility since last month, most of which are dogs,” said a staff member at the sanctuary. “The number is about 22 percent of what we usually find in a year.” (image: Yonhap)

SOKCHO, South Korea, Aug. 19 (Korea Bizwire) – The summer holiday season is coming to an end, and vacationers are heading back to their mundane routines. But not all holiday seekers got to go home, with dozens of abandoned dogs across tourist attractions in Gangwon Province left to fend for themselves.

This summer, Gangwon found itself with an unusually high number of abandoned dogs.

An abandoned pet sanctuary in Sokcho, a coastal city in the province, currently houses over 50 stray dogs.

“We’ve had 65 abandoned pets enter our facility since last month, most of which are dogs,” said a staff member at the sanctuary. “The number is about 22 percent of what we usually find in a year.”

Goseong and Yangyang counties have also captured 14 and 10 abandoned dogs respectively so far since July. Fortunately, 9 of the 14 dogs in Goseong were able to find new homes. But some pups in Yangyang were not as lucky. Including those that came in before July, 11 dogs are still under county protection.

“The number of abandoned dogs often doubles during the summer holiday season compared to the regular off-season,” said a Yangyang County official. “Of course, some of them were simply lost by their owners and are retrieved, but these are extremely rare cases. The majority were just abandoned, left behind.”

He added that the number should increase significantly taking into consideration the number of dogs that have not yet been reported or captured.

Current animal protection laws oblige the heads of animal protection agencies and sanctuaries to publish a notice of their captured animals on the Animal Protection Management System for at least a week. If no one claims the animals after 10 days, authorities are free to either search for new owners or have them put to sleep. 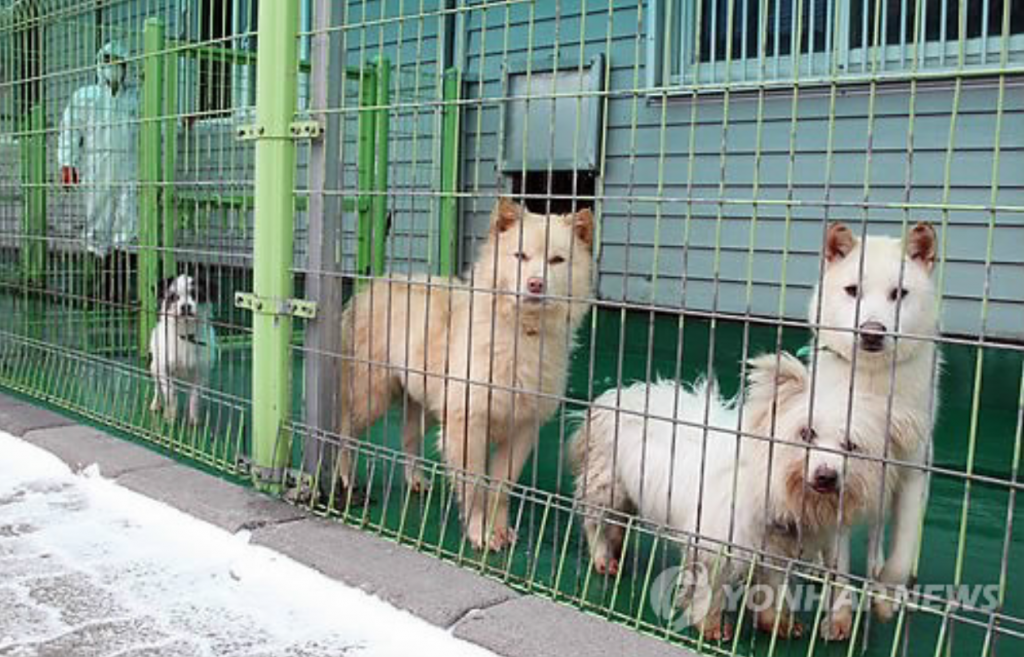 . The Ministry of Agriculture, Food and Rural Affairs estimates that an average of 60,000 dogs are kicked out of their homes every year. (image: Yonhap)

With the rising number of single-person households, smaller families, and senior citizens, the number of domestic pets, namely dogs, has also increased over the past decade. It is estimated that there are 6 million dogs being raised in Korean homes – almost one dog for every eight Koreans.

Yet, animal rights organizations believe the figure would far exceed 100,000 taking into account the number of stray dogs not reported or captured.

“How many people would actually call up the authorities to report a stray dog? Not many,” said an official from the Korean Society for Animal Freedom. “We estimate that the actual number of abandoned animals is double the official government statistics.”

Organizations point to an apparent biased perception of domestic animals among the general public, who tend not to think through the responsibilities – economic, physical and psychological – that follow their ‘purchases’ of pets.

“People must be determined to live alongside their pets until they achieve their full lifecycle and naturally pass on,” said Ko Cheol-hwan, Director of the Cheongju Abandoned Pet Sanctuary. “There’s an urgent need to improve the public’s awareness of domestic animals to develop a mature pet culture.”