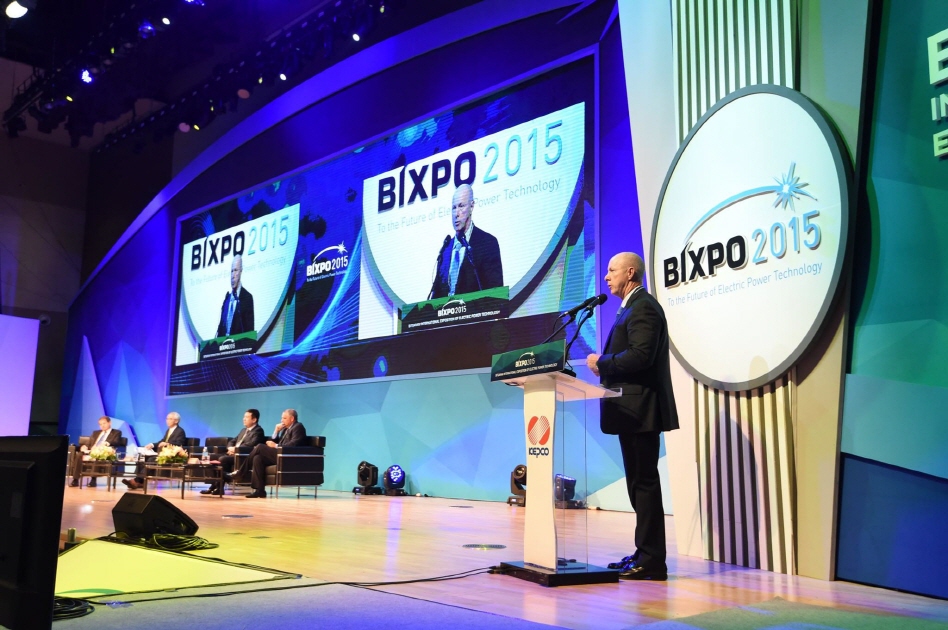 BIXPO led to 54 business meetings with negotiations being carried out that could lead to 769.8 billion won (US$672.3 million) worth of exports down the line. (image: BIXPO)

The Bitgaram International Exposition of Electric Technology (BIXPO), which ran from Monday through Wednesday in the city of Gwangju, 330 kilometers south of Seoul, attracted some 2,000 electric power engineers, businessmen and scholars from 40 countries around the world, Korea Electric Power Corp. (KEPCO) said.

The event led to 54 business meetings with negotiations being carried out that could lead to 769.8 billion won (US$672.3 million) worth of exports down the line, it said.

“Besides export talks, a total of eight memorandums of understanding (MOUs) were inked in Gwangju to strengthen cooperation in the energy and power sectors between KEPCO and foreign companies,” the corporation said. “Foreign companies expressed considerable interest in technology held by KEPCO.”

KEPCO, headquartered in Naju, near Gwangju, also said it signed 10 technology transfer contracts with small and medium-sized South Korean companies. The transfer is expected to generate 35 billion won in earnings for these local businesses.

KEPCO also said that BIXPO attracted more than 30,000 ordinary visitors who expressed interest in various exhibits showcasing the past, present and future direction of the energy industry.

The expo held at the Kim Dae-jung Convention Center is expected to contribute to the meeting, incentive, convention and exhibition industry for Gwangju, it added.‘