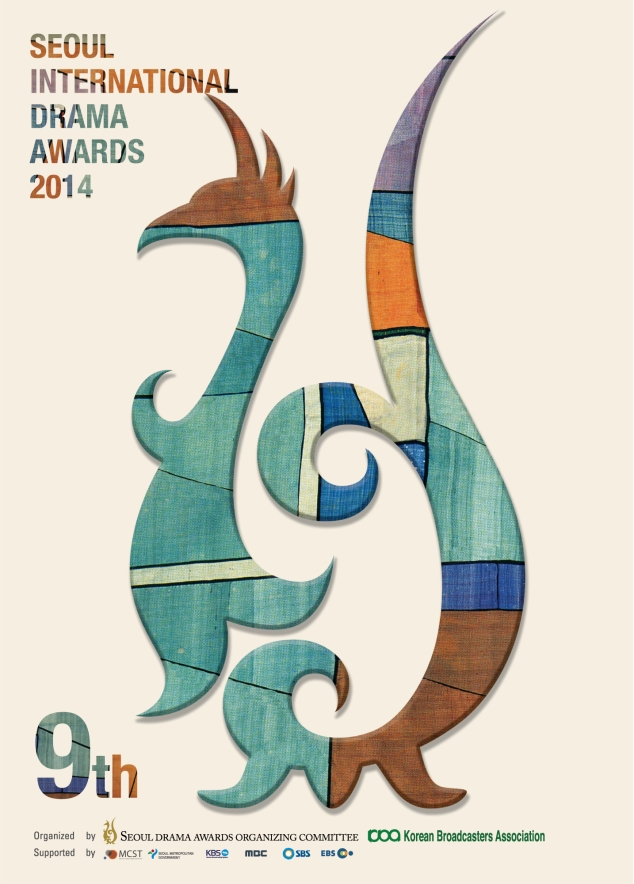 SEOUL, KOREA, Jul. 1 (Korea Bizwire) — The Seoul Drama Awards Organizing Committee announced the final entries of the 9th Seoul International Drama Awards 2014. Featuring diverse international drama productions, the annual awards ceremony received a total of 209 submissions from 50 nations including Korea, Taiwan, Australia, as well as the United States and United Kingdom, the powerhouses of well-made dramas. In particular, first time participating countries like Mexico, Hungary and the Republic of Vanuatu also submitted their dramas to SDA. Global hit drama series such as The Walking Dead S4, Sherlock S3, and Orphan Black S2, are also included in the list of the entries.

Strong Competition in the Mini-Series Category

SDA 2014 features some of the best productions from around the world – The Walking Dead S4 (US) which has been attracting big audiences from 135 countries for the last four seasons, Orphan Black S2 (UK) and Real Humans S2 (Sweden) depicting stories of human clones and “hubots” (human robots) and Sherlock S3 (UK) which is highly popular worldwide including Korea. Successful international remake dramas are also capturing audience’s attention, leveraging the success and awareness of the original works. Homeland S3 is the remake of Prisoners of War (Israel) which was the winning drama of the Seoul International Drama Awards in 2013, while The Bridge (US) is the US remake of Bron/Broen co-produced in Denmark and Sweden, and both have made it to this year’s entry list. Entries include not only the best dramas from the UK, the US and Europe, but also high-quality dramas from Thailand, Israel, the UAE, and Afghanistan.

First Time Entrants from Mexico, Hungary and Republic of Vanuatu!

As SDA gains in popularity, the number of participating nations has been increasing steadily year by year. Mexico, Hungary and the Republic of Vanuatu have submitted entries for the first time in the history of SDA. Attention is being focused on the entries from these countries for their deep and philosophical stories and unique cinematic qualities. Mexico submitted three dramas – Implacable, Vladimir in Me and Vultures. All these dramas well represent the uniqueness of Mexican culture. Freedom Flight from Hungary is a story about people who hijack a flight to combat true freedom. Lastly, the entry from the Republic of Vanuatu, Love Patrol S6, is a proven quality drama that has been aired in 15 islands around the Pacific Ocean. It explores social issues in the Pacific areas and has premiered on TV channels in 7 nations through 9 broadcasting stations.

From Korea, a wide range of Korean dramas were submitted, most notably multi-genres dramas. Courtroom thrillers, romantic comedy, and fantasy all combined into one, I Hear Your Voice, romantic comedy and horror combined into one, The Master’s Sun and last but not least the romantic comedy My Love from the Star which was a huge sensation with a love story between a human and an alien. In addition, the popularity of historical dramas has grown steadily, so for this year Jeong Do-Jeon from KBS and Empress Ki from MBC were on the list. Reply 1994 which threw the whole nation into “Reply 1994 fever”, a thriller drama Gabdong – The Serial Killer which was based on a true unsolved murder case, and Affair which gained great popularity for its water-tight scenario and risqué scenes, can all be found on the list of entries.

The 9th Seoul International Drama Awards will be held on Thursday, September 4th at the National Theater, and televised live on SBS TV. For more information, please visit the official website at www.seouldrama.org (Korean and English)

About the Seoul International Drama Awards 2014

Organized by the Seoul Drama Awards Organizing Committee and the Korean Broadcasters Association, the 9th Seoul International Drama Awards (SDA) is the world’s leading drama festival where drama fans and drama production professionals from around the world can enjoy and celebrate together. With continuous support and participation for SDA, in 2014 SDA received a total of 209 submissions from 50 nations and gained a prominent position among the world’s drama festivals. The drama with the most outstanding cinematic quality, originality and popularity among mini-series, TV movie and series/serial drama will be announced as the Grand Prize at the Seoul International Drama Awards on Thursday, September 4th, at the National Theater and televised live on SBS TV.