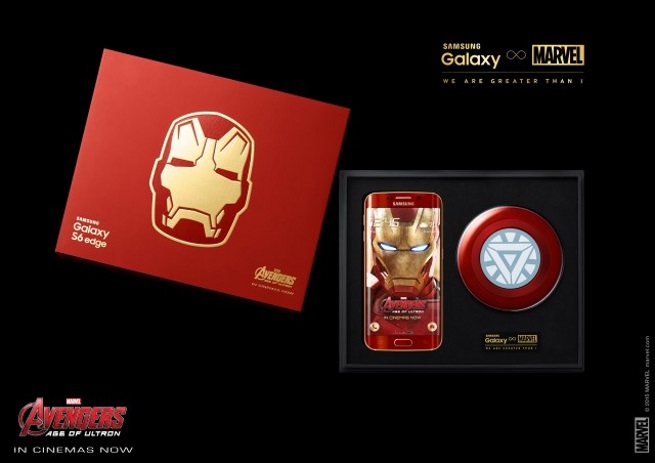 Samsung anticipated fierce demand for the Iron Man edition, but did not expect it to result in the paralysis of its servers. (image: Samsung Electronics)

SEOUL, May 28 (Korea Bizwire) – Samsung Electronics sold all of its 1,000 Galaxy S6 Edge Iron Man Edition smartphones in less than a day despite a server crash to due to the rush of Iron Man fans seeking the limited-edition device.

Samsung officially began selling the Iron Man edition at 10am on May 27 at its online store (www.samsung.com/sec/shop/), but even before the official opening, a flood of visitors to the site made its server go down. Samsung urgently mobilized staff to restore service, but the site was unstable for the whole day due to heavy traffic.

Samsung anticipated fierce demand for the Iron Man edition, but did not expect it to result in the paralysis of its servers, according to an official. In the meantime, the phone was sold out in the morning of May 28 amid server instability. Delivery will be made at the end of May on a first come, first served basis.

With the huge popularity of the Iron Man edition in Korea, Samsung is also planning to offer limited editions of the phone in Hong Kong and China in June.