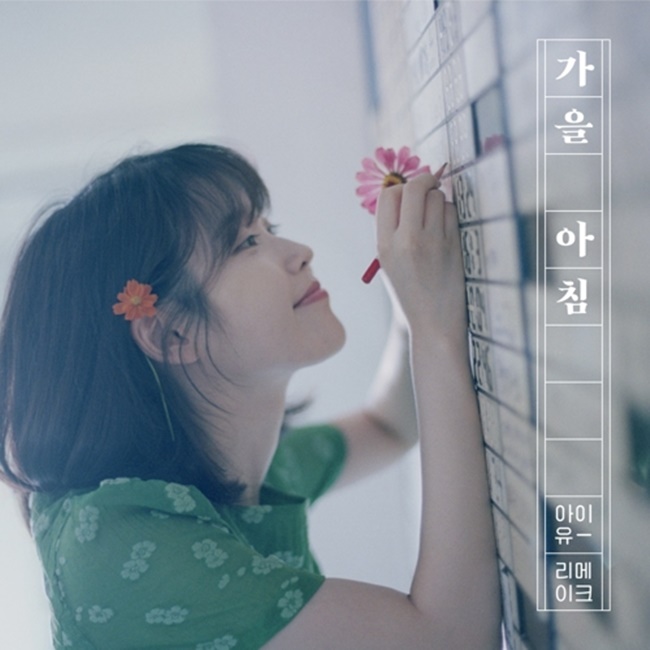 “Autumn Morning” is a remake of South Korean folk icon Yang Hee-eun’s 1991 song of the same name, according to Fave Entertainment. It is part of the songstress’ remake album “Kkot-Galpi #2,” which comes out Friday.

Jung Sung-ha, a well-known YouTube guitarist, and composer-singer Harim added a layer of crisp acoustic sound to IU’s pristine vocals, according to the company.

The song dominated eight local online music charts, such as Melon, Genie, Olleh Music and Soribada, as of 4 p.m. Monday.

In April IU released her fourth full-length album, “Palette,” and the singer has been extremely popular on streaming charts with her hit songs “Through The Night” and “Palette.”