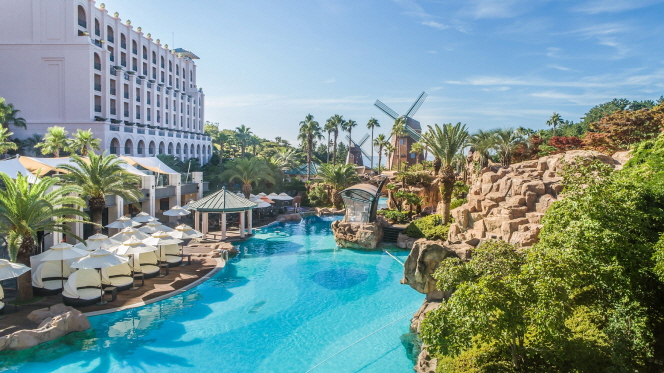 JEJU, April 9 (Korea Bizwire) — As South Koreans are essentially banned from travelling overseas due to the coronavirus outbreak, the southern island of Jeju is becoming an increasingly popular honeymoon destination.

The Shilla Jeju’s April sales for its ‘Sweet Honeymoon’ package for newlyweds more than doubled compared to March. In response, the hotel decided to extend the promotion by two more months until June.

Lotte Hotel Jeju is offering the ‘My Wedding Day’ package until June 30.

The package includes a cake inspired by Robert Indiana’s ‘Love’ sculptures as well as a bottle of wine, with a handwritten congratulatory letter and a special suite decorated with balloons of all shapes and colors.

The honeymoon package promotion, originally scheduled to expire in April, has been extended until June.

With the onslaught of the coronavirus outbreak, however, newlyweds are returning to the old honeymoon hotspot.