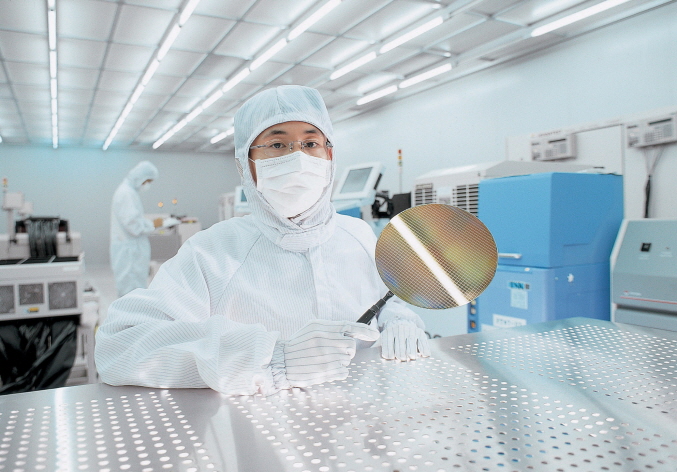 However, semiconductors were the top export for Jeju-based companies in 2019. According to statistics from the Korea Customs Service, semiconductors accounted for 47 percent of the total exports of US$140 million last year.

Behind the scenes is Jeju Semiconductor Corp., a fabless firm that develops memory chips that are used in mobile application devices.

Jeju Semiconductor, formerly known as EMLSI, established in 2000, moved its headquarters from Seoul to Jeju in January 2005 and changed its company name to the current name in 2013.

Park Sung-sik, CEO of Jeju Semiconductor, cited Jeju’s potential as the Free International City and the island’s promise to provide financial support to companies as the reasons for the relocation.

Since most of the company’s sales and production take place overseas, there was no need to insist on a headquarters in Seoul.

Since 2005, Jeju Semiconductor has been delivering 20 million won in scholarships annually to Jeju National University’s engineering college to nurture local talent, and the company has also prioritized hiring local talent when it recruits.

Thanks to the company’s efforts, 50 percent of the employees are Jeju residents.

The company also plans to expand education and internship programs for students at Jeju National University.