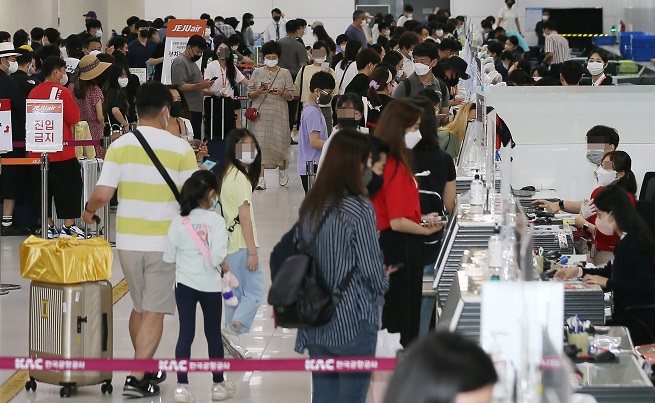 Combined sales of the island’s tourism industry came to an estimated 6.34 trillion won (US$4.43 billion) in 2021, up 32.3 percent from the previous year’s 4.79 trillion won, the Jeju regional government said, citing data from Statistics Korea.

The 2021 figure is more than the corresponding annual sales of 5.7 trillion won recorded in 2017 and close to the 2018 sales of 6.8 trillion won, according to the regional government.

Of those in the tourism industry, restaurants saw their sales soar 56 percent to 1.39 trillion won in 2021 from a year earlier, while the combined sales of retailers jumped 44.1 percent on-year to 2.6 trillion won.

Other businesses boosted by the latest tourism recovery included sports and recreation facilities, accommodation businesses and the transportation sector, which posted growth of 23.8 percent, 13.1 percent and 8.1 percent, respectively.

Jeju officials said the recovery is thanks to an influx of domestic tourists on the back of COVID-19 vaccine rollouts and a plunge in demand for overseas tourism.