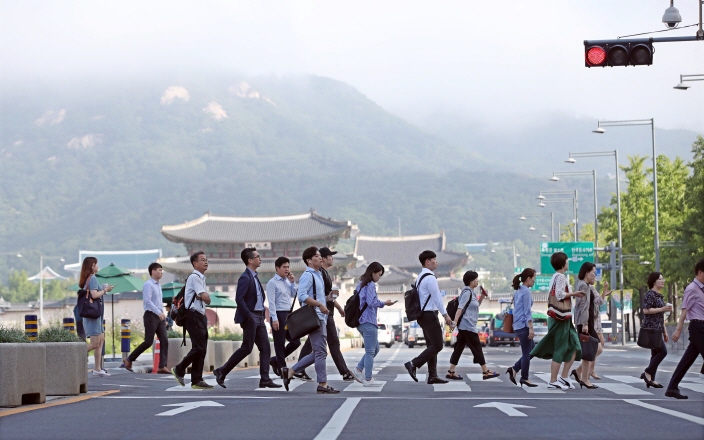 The death rate of South Korean workers in the factory, construction and transportation industries was lower than that of Europe. (Yonhap)

SEOUL, Jun. 12 (Korea Bizwire) — Men in managerial and specialized jobs in South Korea and Japan have a higher mortality rate than in Europe, a study found.

A team of researchers from the University of Tokyo and Erasmus University Rotterdam in the Netherlands published the study in the online edition of the Journal of Epidemiology and Community Health.

The research team analyzed the relationship between the death rate and specialized jobs of men aged 35 to 64 between 1990 and 2015 in 10 countries, including South Korea, Japan, the U.K. and Switzerland.

South Korea saw a reversal in the late 2000s after the 2008 financial crisis, and Japan saw the lowest death rate for managerial and specialized jobs workers since the late 1990s after the collapse of the bubble economy, outpacing that of office and service workers.

Cancer and suicide were the main causes of death.

The death rate of workers in the factory, construction and transportation industries was lower than that of Europe, according to the analysis.

Europe, on the other hand, did not see a rise in the death rate of certain career workers from the late 1990s to the late 2000s.

“As the situation of men’s occupational mortality rate is significantly different than in Europe, I want to analyze factors and contribute to lowering the death rate of the working generation in South Korea and Japan,” said Yasuki Kobayashi, a professor at the University of Tokyo who participated in the study.