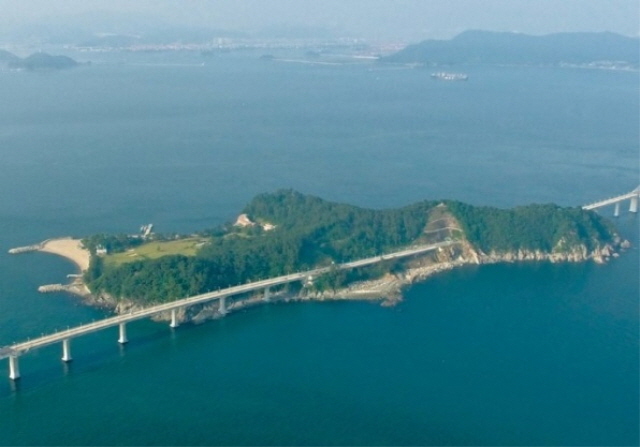 SEOUL, Sept. 15 (Korea Bizwire) — A southern island that is the site of a presidential retreat will be made public this week after having been off-limits for decades.

“A pleasure boat bound for Jeo Island will make its maiden voyage as scheduled Tuesday afternoon,” the Geoje city government, which administers the scenic island, said.

The opening of the 430,000-square-meter islet near Geoje Island, South Gyeongsang Province, off the country’s southeast coast, was one of President Moon Jae-in’s campaign pledges in 2017.

During the 1910-45 Japanese colonial rule of Korea, the Japanese military occupied the islet. The South Korean navy took it over in 1954, and since then the islet has remained a military zone prohibited to the public.

In 1972, the Island was designated a presidential retreat, dubbed “Cheonghaedae,” and thereafter, President Park Chung-hee and his successors spent their summer vacations there.

President Moon pledged again to open the island to the people in September during a visit there at the end of July, and a one-year trial opening was finally decided later.

“The cruise ship will depart Gungnong Port on Geoje Island at 2:30 p.m., Tuesday, for a two-hour tour of Jeo Island,” a city government official said, adding the Gungnong-Jeo Island route is 3.9 kilometers.

It takes about one and a half hours for tourists to look around the island, except for the presidential retreat and military facilities there, the official said.

Up to 600 tourists will be allowed to visit the island daily, the official added.