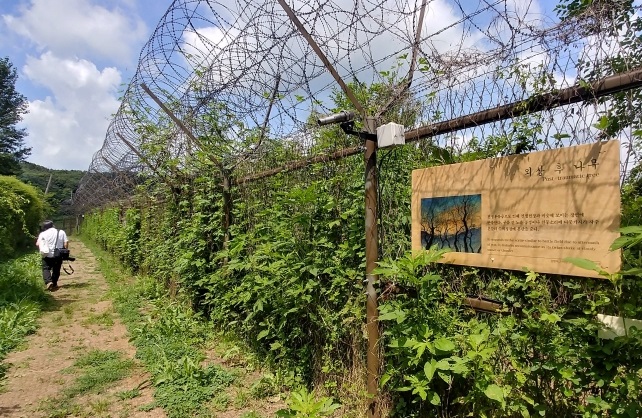 PAJU, Aug. 9 (Korea Bizwire) — Camp Greaves, situated 2 kilometers from the demilitarized zone (DMZ), was an army camp for American troops for more than half a century starting in 1953.

The American military withdrew from the camp in 2004, and the area is now emerging as a popular tourism venue.

Having served as a film set for the hit TV series “Descendants of the Sun,” the spot now sees more than 30,000 visitors each year.

New efforts to transform the tourist hot spot into a cultural and artistic zone called the “DMZ Peace Station Project” are currently ongoing.

Art installations and videos aim to raise awareness about the historic significance of Camp Greaves and transform the scars of its history into art.

Visitors to Camp Greaves will be met with art installations that reinterpret the DMZ’s history by use of the camp’s former ammunition chambers, a bowling alley, and a semi-circular Quonset hut. 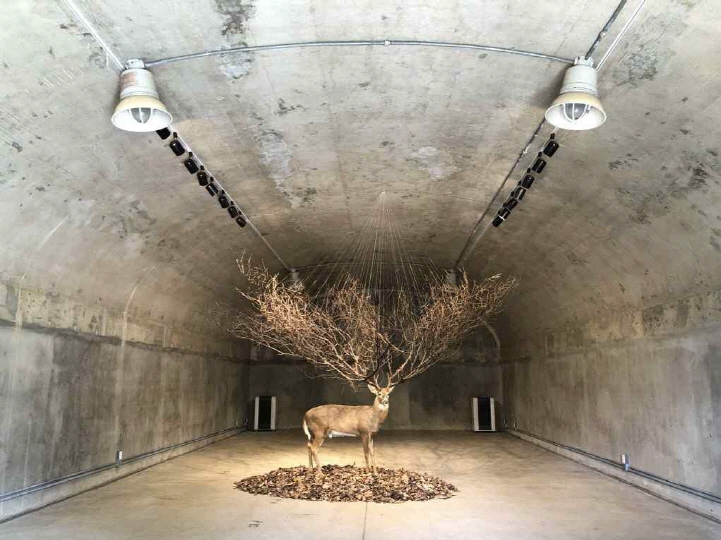 The space that formerly housed the ammunition of American soldiers has been turned into a playground featuring a slide and deer.

The slide collected by the artist from torn down apartment complexes faces only to the South and North, reflecting the current political landscape in the Korean Peninsula. 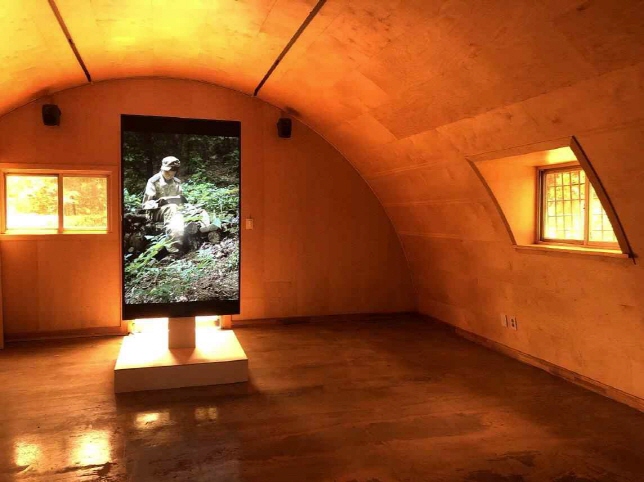 Park Chan-kyong’s video featuring a North Korean child soldier is projected onto a screen at a barracks that formerly housed American soldiers.

The North Korean soldier is seen reading and singing about the forest, changing the fixed image that most people hold of North Koreans.

Artist Jeong Mun-gyeong’s “Shades of Shadow” installed at the former quarters of a noncommissioned officer in the U.S. Army also has a child soldier as its main protagonist.

The art installations and videos were commissioned by Gyeonggi Province and its tourism arm, Gyeonggi Tourism Organization.