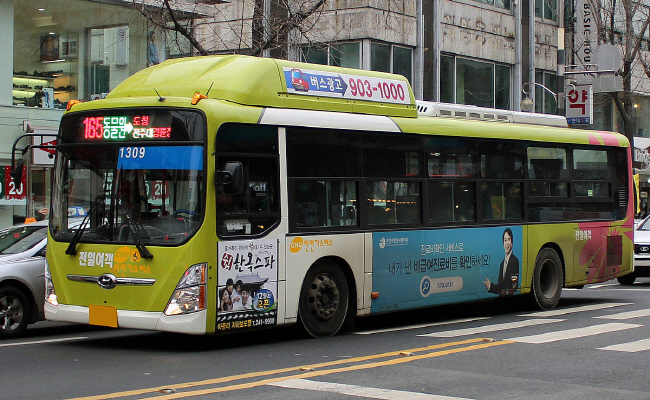 Many residents in Jeonju complain that the business-oriented operation of the bus service is one of the major inconveniences in using them. (image: Public Domain)

JEONJU, Jul. 30 (Korea Bizwire) — Jeonju residents will have a unique opportunity to participate in a program to modify the public bus routes in the city.

The Jeonju Council for Sustainable Development announced that registration is now open to recruit ‘Civil Bus Route Designers’ until August 16 to create more convenient bus routes in the city.

A total of 650 designers to be appointed by the council will meet at the first design workshop scheduled for late August to set up the basic principles for improving bus routes, and build new plans for the bus routes at the second workshop.

Any Jeonju resident can apply. The council will submit the new plan to the city in order to better reflect the ideas of the residents.

Jeonju’s public transportation system was established in 1958 with just 10 buses. The city government managed to modify 52 percent of all bus routes in 2017, 60 years after it was first established.

Still, many residents complain that the business-oriented operation of the bus service is one of the major inconveniences in using them.