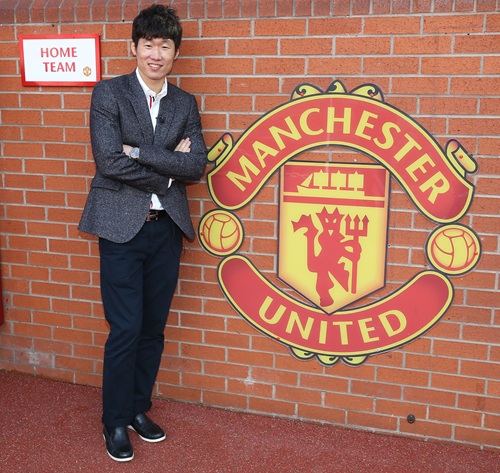 MANCHESTER, UNITED KINGDOM, Oct 5 (Korea Bizwire) - Former Manchester United midfielder, Ji-Sung Park will make a return at the Premier League club as he takes up his post as Club Ambassador.

To celebrate his appointment, Ji-Sung Park will be invited to tread Old Trafford’s hallowed turf once again, with former manager Sir Alex Ferguson before the kick-off at the team’s home fixture against Everton on Sunday 5 October.

As part of his role, the highly decorated player will attend various events and functions on behalf of the Club, promoting the work it does within the community and with its partners, sharing anecdotes from his time at Old Trafford.

He is recognised as the most decorated Asian footballer in history as well as the first Asian player to have won the UEFA Champions League and the FIFA Club World Cup.

“I have fond memories of my time at Manchester United and I am delighted and honoured to have become an ambassador for the Club. Some of the best moments of my life and career were spent here and I will never forget the great support I had from the Club and the fans. I am looking forward to once again representing United and sharing some of these memories with our global fanbase.”

“Ji was a fantastic servant for the Club and I’m delighted that he will is becoming an Ambassador for Manchester United. He has always been a favourite with our fans both at Old Trafford and around the world and this new role will give him the chance to meet many of these fans and share his stories.

“Ji joins a long list of ex-players who are now working with the Club in various guises; from ambassadorial appearances, media work and in coaching roles at the Aon Training Complex. It demonstrates the Club’s ability to not only attract some of the best talent in the world, but retain it even after the players have retired.”

Manchester United is one of the most popular and successful sports teams in the world, playing one of the most popular spectator sports on Earth. Through our 136-year heritage we have won 62 trophies, enabling us to develop the world’s leading sports brand and a global community of 659 million followers. Our large, passionate community provides Manchester United with a worldwide platform to generate significant revenue from multiple sources, including sponsorship, merchandising, product licensing, new media & mobile, broadcasting and match day.