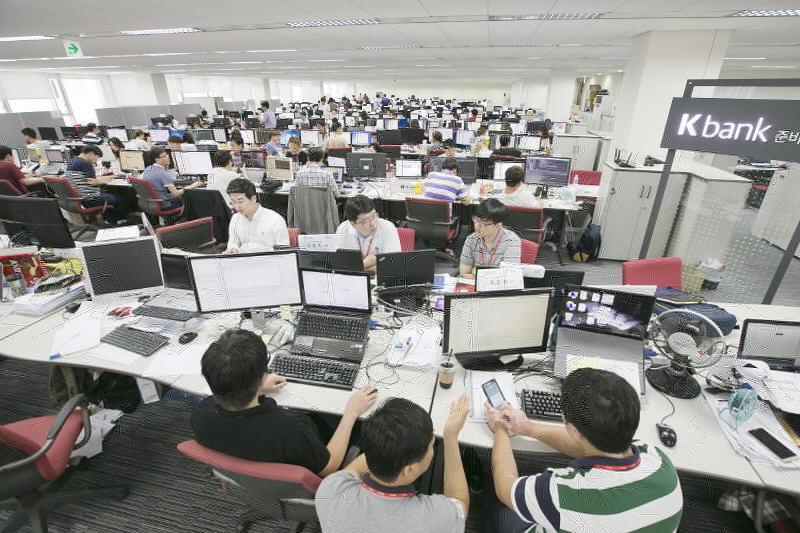 K-Bank increased the rate it offers on a 1-year time deposit by 10 bps to 2.1 percent, compared with 2 percent offered by Kakao Bank.

The rate hike came as Kakao Bank has far outpaced the growth of K-Bank in terms of customer base and loans.

K-Bank, which began formal operations April 3, has attracted about 440,000 customers and made loans worth 630 billion won (US$558 million).

In comparison, Kakao Bank’s number of accounts exceeded 2 million, and it has made loans worth 770 billion won in just 13 days since launching operations.