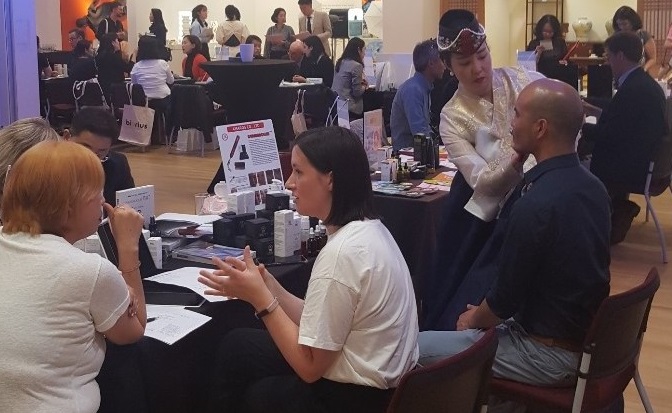 Belgium, home to the European Union’s (EU) headquarters, has a population of 11 million with a sizable cosmetics market. (image: KOTRA Brussels)

The event, titled ‘K-Beauty in Belgium’, took place to promote the South Korean cosmetics industry in the European market.

The companies held business meetings with Belgian and other European cosmetics firms and discussed ways to bring K-Beauty products into the European market.

Belgium, home to the European Union’s (EU) headquarters, has a population of 11 million with a sizable cosmetics market, and borders with France, the center of the European beauty industry, making Belgium an attractive ‘testbed’ for K-beauty brands entering the European market.

The Korea International Trade Association reported that South Korean cosmetics exports to Europe increased from US$167 million in 2016 to US$409 million last year.

“South Korean cosmetics products that use ginseng, green tea, deep sea water, and other natural ingredients as well as those that use stem cell extracts are piquing the interest of European consumers,” said KOTRA Brussels.