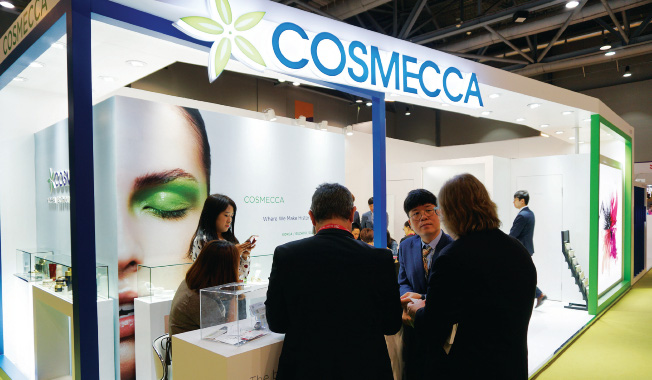 SEOUL, Apr. 30 (Korea Bizwire) — Korean cosmetics producers are heading into the global market after success in China and Southeast Asia.

Both manufacturers and distributors alike of Korean cosmetics are expanding their production facilities to more advanced markets such as the U.S. and Japan, while taking an aggressive stance via mergers or takeover of local producers outside of Korea.

According to industry insiders, Cosmecca Korea has purchased a 34.71 percent stake in Englewood Lab, an American original design manufacturer of cosmetic products.

This is a big deal for the Korean producer, and comes at a cost of 57.8 billion won, an amount equivalent to 50.9 percent of the firm’s equity capital. The deal aims to officially take over the reins of Englewood Lab on June 8.

Cosmecca ventured into the Chinese market in 2014. After becoming established in China, Cosmecca and its domestic rival Komar Korea are both making their mark on American soil.

Cosmax, another Korean cosmetics producer, acquired L’Oreal’s factories in Solon, Ohio in 2013 before taking over Nuworld, the third largest manufacturer of cosmetics based in New Jersey by buying the entire stake for 120 billion won.

Such a trend is reflective of the confidence brought on by K-pop and the Korean Wave that has allowed locals to become familiar with Korean products including beauty-related items.

In addition, criticism of firms being too reliant on China has also played a crucial role in the takeovers in other parts of the globe.

An insider at Cosmecca Korea said that many of the company’s products are being exported to the U.S. due to the popularity of Korean culture, and the investments reflect the notion that Korean products stand to be competitive in the U.S. market.