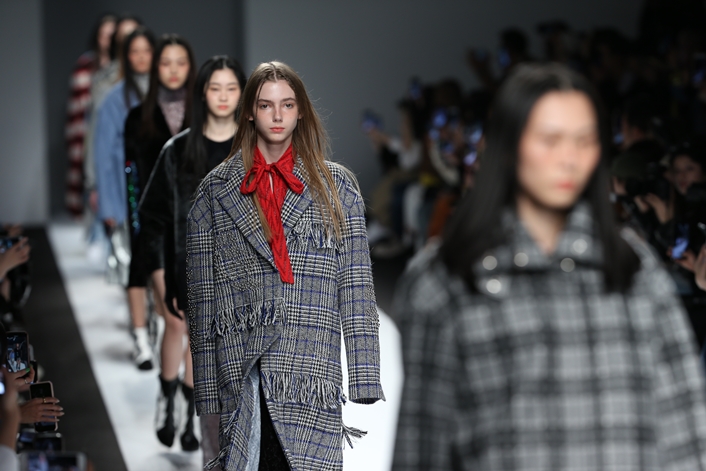 KYE is a women’s wear brand that pursues high-end young casual dressers who do not follow trends. It is drawing attention overseas for its unique fun and sophisticated designs.

Under the concept of “Ghostly Beings,” this season’s collection expressed the falsehood and gloom of entities without substance.

Inspired by fashion in the late 90s, including the movie “Space Jam,” the season featured a collection that transcends the future and past by mixing basketball fashion with street style.

‘Concept Korea Shanghai’, hosted by the Ministry of Culture, Sports and Tourism and the Korea Creative Content Agency, has been hosting the event since 2016 under the official program of Shanghai Fashion Week.

Shanghai Fashion Week is an international fashion event held in Shanghai that has rapidly emerged as a global fashion hub after New York, London, Milan and Paris, with more than 30 countries and 1,000 designer brands from around the world participating.

This season, the event will be held from March 27 to April 8.

With China’s economic growth and increased consumption, Shanghai Fashion Week has become the most important stage for South Korean designers to make inroads into overseas markets.

Shanghai Fashion Week promised that it will step up efforts to help South Korean fashion brands that are beginning to gain recognition in the Chinese market through Concept Korea Shanghai.